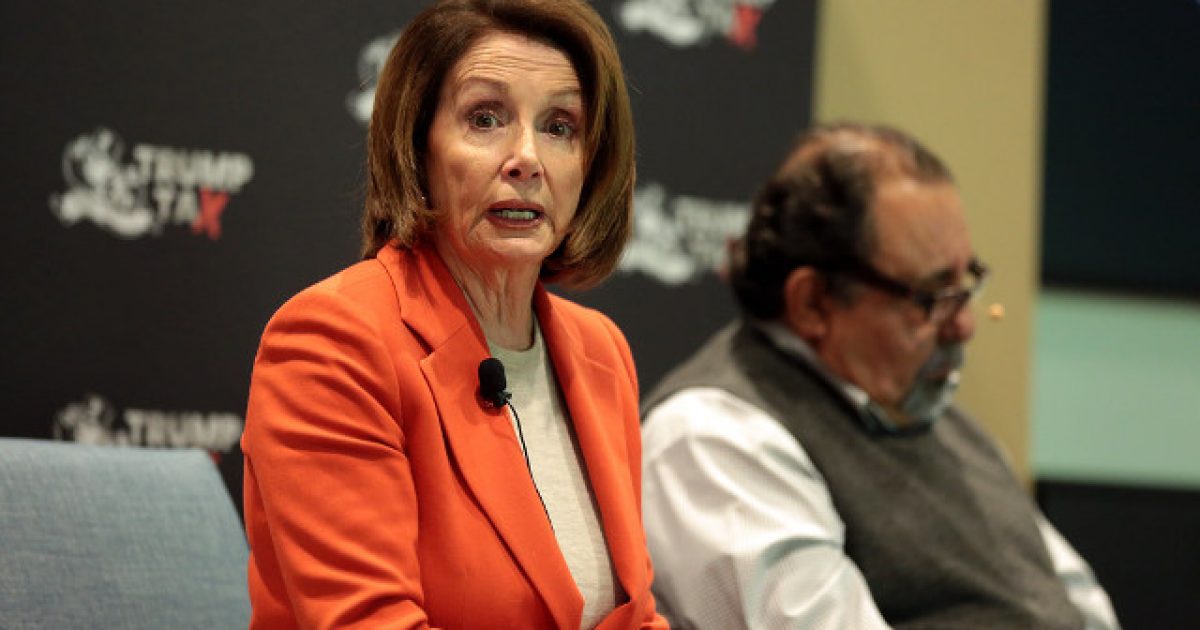 Speaker of the House Nancy Pelosi blew her top during a media briefing following questions from reporters concerning what Democrats were currently doing with the impeachment process against President Trump.

After getting huffy and puffy with the media, Pelosi then stormed off, obviously really ticked about the fact that folks are trying to hold her to promises and statements she’s made about booting the president.

This, of course, is not going to happen, but Pelosi and other leftists keep trying to push little bits of this process forward to make it appear like they’re really trying to accomplish something their base wants.

“Do you concede now that the impeachment inquiry for Mr. Trump is underway?” asked a reporter.

“Do I concede now?!” she said angrily, mocking the reporter by repeating the phrase he used.

“Have you not paid attention to what we’ve been talking about? For months we’ve been saying that we’re doing three things,” she explained.

The reporter kept on pressing asking, “How should the American people understand the work of this committee, when members are speaking very differently about it?”

Pelosi, growing more upset said, “You’re the only ones who are sowing this!”

After another bunch of questions asked her to “set the record straight” on some “mixed messages” from various Democrats on the topic of impeachment, Pelosi told the media she’d said all she was going to say on the subject.

She later stormed off from the briefing.

It’s quite clear the whole proceedings were not what she was expecting. Oh well.

You know, all politicians should be called out on their crap, including Nancy Pelosi. It should be known that she’s simply playing the base and trying to earn points while looking loyal to the progressive agenda.

All liberals are like this in office. It’s the same thing conservatives deal with all the time. You know, RINOs and all that jazz.