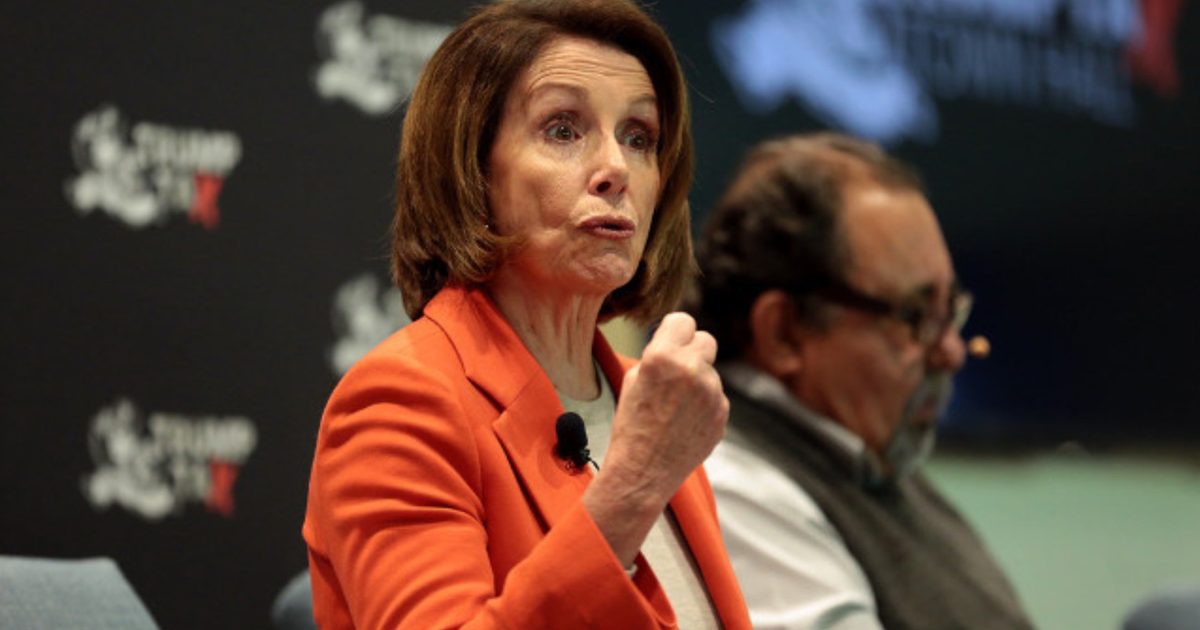 Speaker of the House Nancy Pelosi celebrated the life of pro baseball star Willie Mays by posting a photo of the wrong black man… I guess all black baseball players look alike to her?

Pelosi quickly tried to fix things by trying to send the original tweet down the memory hole and tweeting the right picture instead.

Below: On the let is the original tweet with ball player Willie McCovey and on the right is the replacement tweet with Willie Mays: 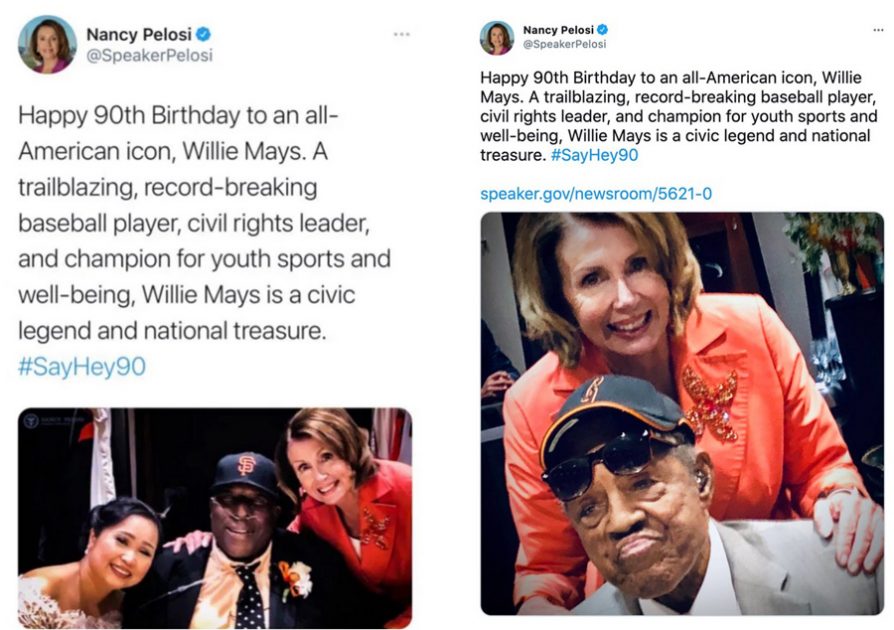 Willie McCovey is, of course, also a Hall of Fame baseball player, but not nearly as famous as Willie Mays.

“A staffer inadvertently selected the wrong photo for the tweet,” Pelosi said in a statement to. “The photo we wanted to use was of the speaker and Willie Mays at Willie McCovey’s August 2018 wedding. The quickly deleted photo was the wrong photo from the right wedding. We apologize for the error.”

Mays began his famed pro baseball career with the New York Giants before the club moved to California. He retired a member of the New York Mets in 1973.

Inducted to the Baseball Hall of Fame in 1979, he was awarded the Medal of Freedom in 2015 by President Barack Obama.