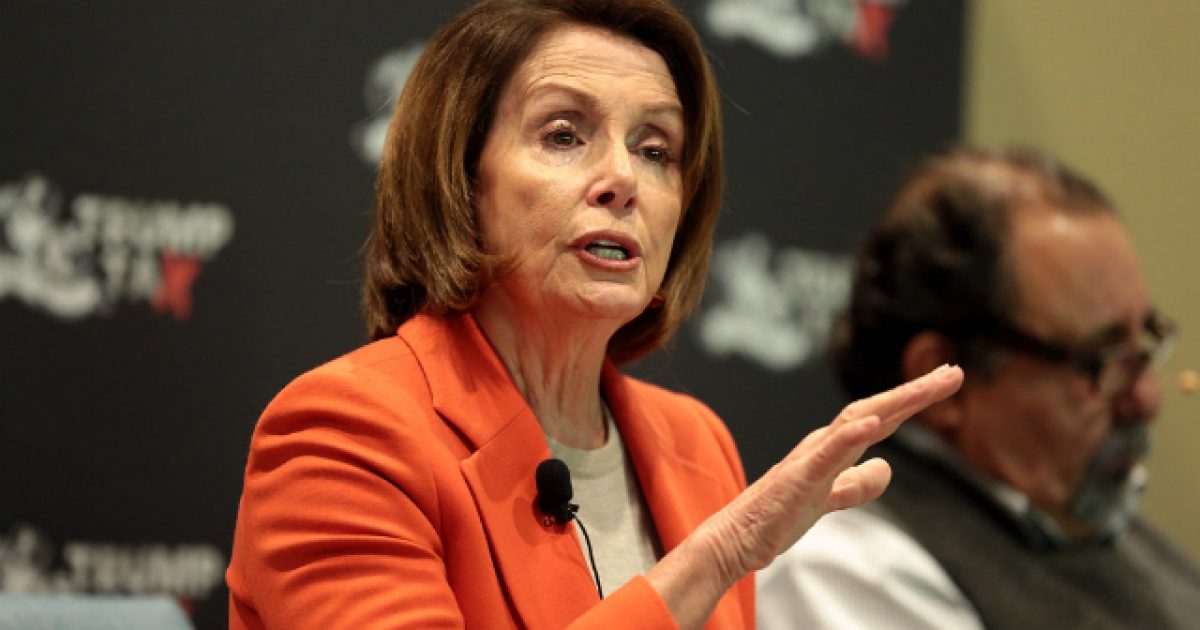 Speaker of the House Nancy Pelosi is in talks with the Trump administration to help reshape the coronavirus package that she put out Wednesday evening, hoping to address some of the objections President Trump had with the legislation and get it through this week.

Despite the fact that there was some initial opposition to the bill from the administration which were also reiterated by members of the GOP on Capitol Hill, Pelosi stated during her press conference on Thursday that she is optimistic that a deal with Treasury Secretary Steven Mnuchin will be reached.

“They made suggestions to the language,” Pelosi said at a press conference. “We’re agreeing to most of them because they’re not that different.”

“So, we don’t need 48 hours, we need to just make a decision to help families, right now, because we have to operate not as business as usual, but in an emergency status, where we have to get the job done,” Pelosi added, referring to a comment from House Minority Leader Kevin McCarthy earlier Thursday that Democrats and Republicans could get something done within 48 hours.

On Thursday, Pelosi told reporters the House is aiming to take up the coronavirus measure quickly, pass it, and then leave for recess. It would be up to the Republican-led Senate to take the House bill, or reject it, she added.

Through Mnuchin, President Trump is making his demands for the coronavirus economic package, while Republican leaders in the House and Senate are expected to follow his lead and pass whatever the administration agrees to.

President Trump stated on Thursday that he isn’t supportive of the legislation put forward by Democrats, stating that he favored a payroll tax cut instead.

“There are things in there that have nothing to do with what we’re talking about. [It’s] not a way for them to get some of the goodies they haven’t been able to get for the past 25 years,” the president said.

The House bill includes provisions that entitle workers who end up affected by the coronavirus to have paid sick leave and would create a new “emergency paid leave” federal benefit that would financially support individuals forced into a coronavirus quarantine.

The legislation would also expand the food stamp program and unemployment insurance for individual who are impacted by the illness, as well as the schools and business closures. It also aims to provide kids who normally get a free school lunch with food.

After the bill was introduced late last night, it received criticism from Republicans.

“House Democrats instead chose to produce an ideological wish list that was not tailored closely to the circumstances,” said Senate Majority Leader Mitch McConnell Thursday morning on the Senate floor.

McCarthy said during a press conference that he didn’t favor the bill, but he also said that a deal could be struck with Democrats to pass a coronavirus economic response package within 48 hours.

Here’s to hoping that both sides of the political spectrum are able to set aside their differences and come up with some sort of bill that will help folks impacted by the virus without stripping more individuals of their liberty.