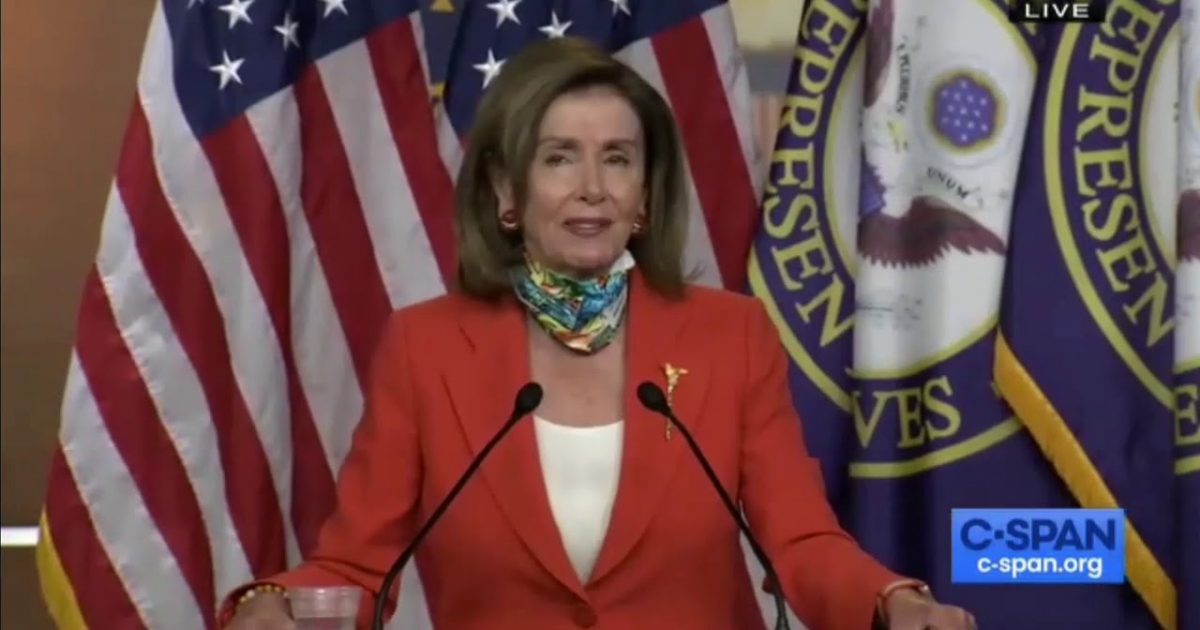 Have you ever seen a better living, breathing definition of desperation than the newest coup attempt from Speaker of the House Nancy Pelosi? These folks are so terrified of President Trump having a second term that they’ll do anything to try and oust him from office before the election.

For example, earlier this year they tried to impeach him over a phone call. And now, Pelosi is introducing a bill that invokes the 25th Amendment to try and remove the president from office by asserting that the COVID-19 virus he contracted makes him unfit for duty.

The desperation here is almost comical.

“This is not about President Trump,” Pelosi maintained Friday. “He will face the judgment of the voters. But he shows the need for us to create a process for future presidents.”

Pelosi was joined at the Capitol by bill author Rep. Jamie Raskin, D-Md., who said the coronavirus crisis has further shown the need for a succession plan in the event the president is incapacitated.

Pelosi had previewed the new legislation on Thursday, telling reporters that she would be “talking about the 25th Amendment” on Friday — which allows for the vice president to become acting president if it is determined that the president “is unable to discharge the powers and duties of his office.”

“The public needs to know the health condition of the president,” Pelosi stated.

President Trump later responded by saying, “Crazy Nancy is the one who should be under observation. They don’t call her Crazy for nothing!”

The 25th Amendment allows Congress, the cabinet, and the vice president to strip power from the president if there is a legitimate reason that the occupant of that title cannot exercise the duties of that office. However, the measure still requires a 2/3 vote of both houses.

Section 4 of the amendment states Congress “may by law” indicate that it’s believed the “president is unable to discharge the powers and duties of his office.”

This portion of the 25th Amendment is what Pelosi are proposing.

The bill in question, which would need to be passed by both chambers of Congress and then signed off on by the vice president, would set up something called the “Commission on Presidential Capacity to Discharge the Powers and Duties of the Office.”

This group would then determine whether or not the president is fit for office. See how dangerous that is? They could make a willy-nilly declaration just simply because they want him out of office.

Let’s be real for a moment. This bill has no hope of passing the Senate. It might get passed in the House due to it being controlled by Democrats, but it’s ultimately a waste of energy.

Pelosi is trying to appease her base and stick to the anti-Trump narrative, painting a picture that indicates she tried to stop the big, bad, orange man, but just couldn’t do it.

Controversial Moderator Pick For Second Debate Sets Critics Off With Tweet: ‘This Is Disqualifying’