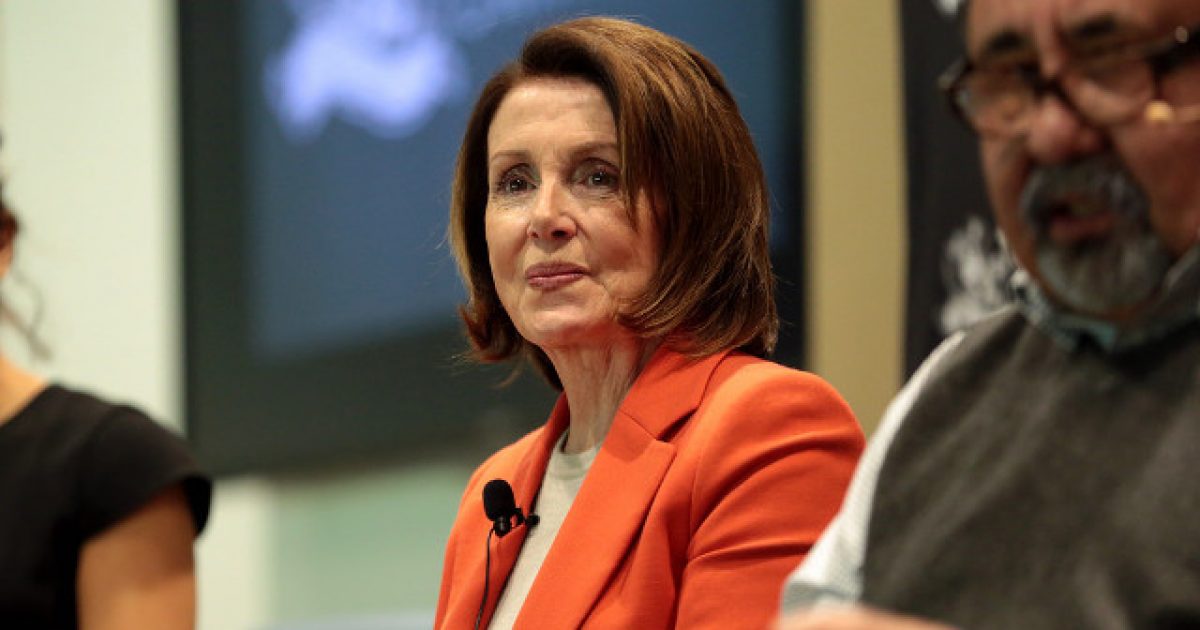 House Minority Leader Nancy Pelosi is making sure she doesn’t let a moment of President Trump’s SCOTUS nominee announcement go to waste, blasting out a fundraising email Monday stating she’s going to “avenge President Obama if it’s the last thing I do.”

Cue the theme from “The Avengers.”

Apparently avenging the former president — what wrong has anyone done to Obama other than destroying his anti-American legacy and awful economic policies? — means fighting to ensure Trump’s SCOTUS nominee doesn’t get confirmed.

Or it’s all just a cover to raise some money.

Pelosi, 78, is one of several top Democrats — including Sen. Bob Casey, D-Pa., and Senate Minority Leader Chuck Schumer, D-N.Y.– who already have announced that they oppose Trump’s pick without knowing whom the president has selected. Schumer has said the Senate should not consider any Supreme Court nominees during an election year.

Meanwhile, Fox News has learned that several red-state Democrats, including three who voted to confirm Neil Gorsuch last year, will not be attending tonight’s primetime rollout of the Supreme Court nominee in the White House.

In the fundraising email, Pelosi opened by acknowledging that she has been making persistent appeals to potential donors lately: “I emailed on Saturday. I emailed on Sunday. Now I’m emailing you again today.”

She then outlines her plan to get back at Senate Republicans for their refusal to vote on Obama’s 2016 Supreme Court nominee, Merrick Garland. That vacant seat ultimately went to now-Justice Gorsuch after Trump’s election. Pelosi, though, has no actual vote in the confirmation process, and seemingly uses the email to raise money for House Democratic candidates.

“I just learned that SECONDS after Trump’s announcement… Republicans will launch an unprecedented $1.4 MILLION ad blitz to support his nominee,” Pelosi wrote. “I’m worried this will eviscerate our chance to make Republicans pay for the Supreme Court seat they STOLE from President Obama.”

The subject line of the message says “Trump nominee BACKFIRES” and includes a promise where Pelosi states she will personally triple-match gifts to her Supreme Court fund.

Look, we all get it. Pelosi — and every other leftist — hates Donald Trump and is obsessively seeking some means to remove him from office and end the shame they all feel for their horrific loss in 2016.

Sorry, Charlie. It’s not going away until the president’s term is up and even then, given his successful track record, chances are he’ll be back again.

Pelosi’s time might be better spent doing some serious soul searching and reevaluating her policy stances in light of how Americans feel about those same issues, opting to truly represent the will of the people and not her own interests.

What This New Poll Says About Americans Living Under Trump is Going to Leave Obama, Liberals Crushed

Liberal Students at University of Wyoming Are Protesting Cowboy Slogan. Here’s The Reason Why.