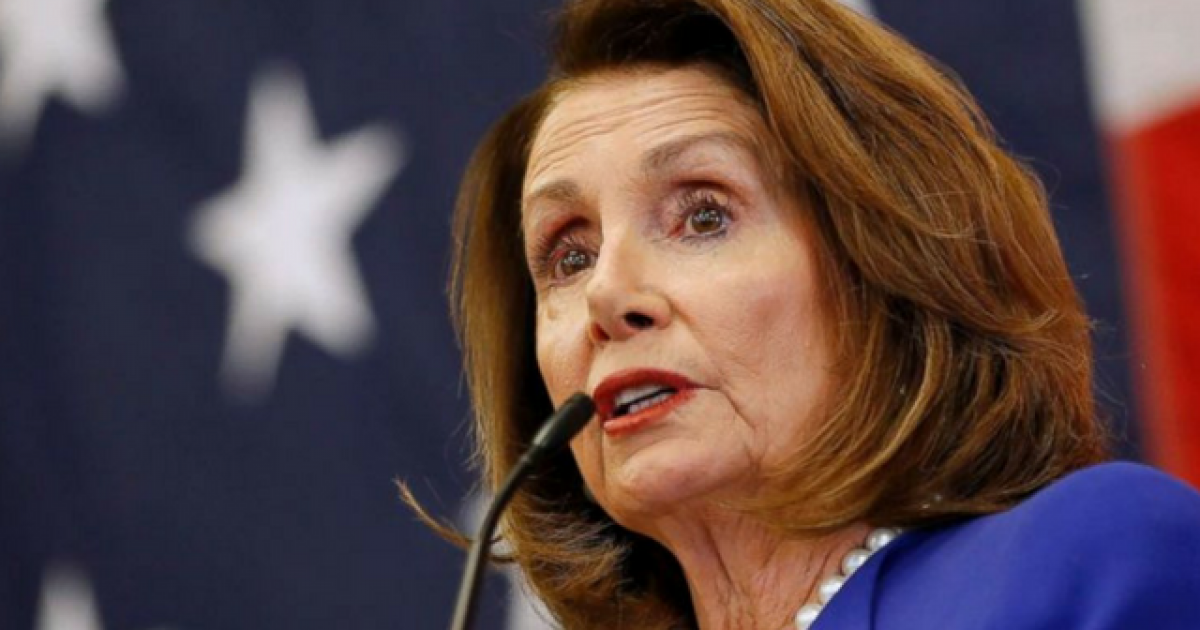 Nancy Pelosi can always be counted on for the pure hyperbolic, pitch-perfect identity politics drama. This is a woman who called ending Obamacare “the end of the world” and, just last week defended the “spark of divinity” that can be found in all people, including MS-13 members (but not, presumably, unborn children).

So you would have expected her to be first in Congress’ long line to finger wag at the NFL for requiring their players to stand or remain in the locker room for the National Anthem.

Pelosi gave her remarks during a CNN town hall event on Thursday, The Blaze reports.

“I would be more okay with it if they had consulted with the players,” Pelosi responded, “I don’t think the players agreed to this. This is the owners, and, by the way, it’s the owners who would be fined.”

“I love the national anthem. I love the flag,” she continued (I know, I’m as shocked as you are). “And I love the First Amendment, and I’ll just leave it at that.”

Eugene Scott quickly lashed out in a piece penned in The Washington Post, accusing Nancy of being a “coward” and using the incident as an example as to why Democrats fail to court the black millennial vote.

He found he was in good company on Twitter:

And people wonder why folks ain’t rocking with the party. https://t.co/RQerTbAIaY

Everyone is a coward https://t.co/S7YtvuM6yq

this is really bugging me.

to hear it from them, Black people are the democratic party's base.

but Pelosi is unwilling to take a stance on an issue that's literally killing Black people? https://t.co/8ZATMyIKwz

One commentator on the website Bossip pretty much just scathingly bashed the congresswoman.

“Do you see this broad walking that tightrope?” they wrote. “She should quit her gig with the government and go on the road with Cirque Du Soleil.”

“She can’t even fix her mouth to just say the undeniable truth, that the rule is a bunch of bullsh**t. But will without doubt put out her wrinkly hand and ask for our vote.”