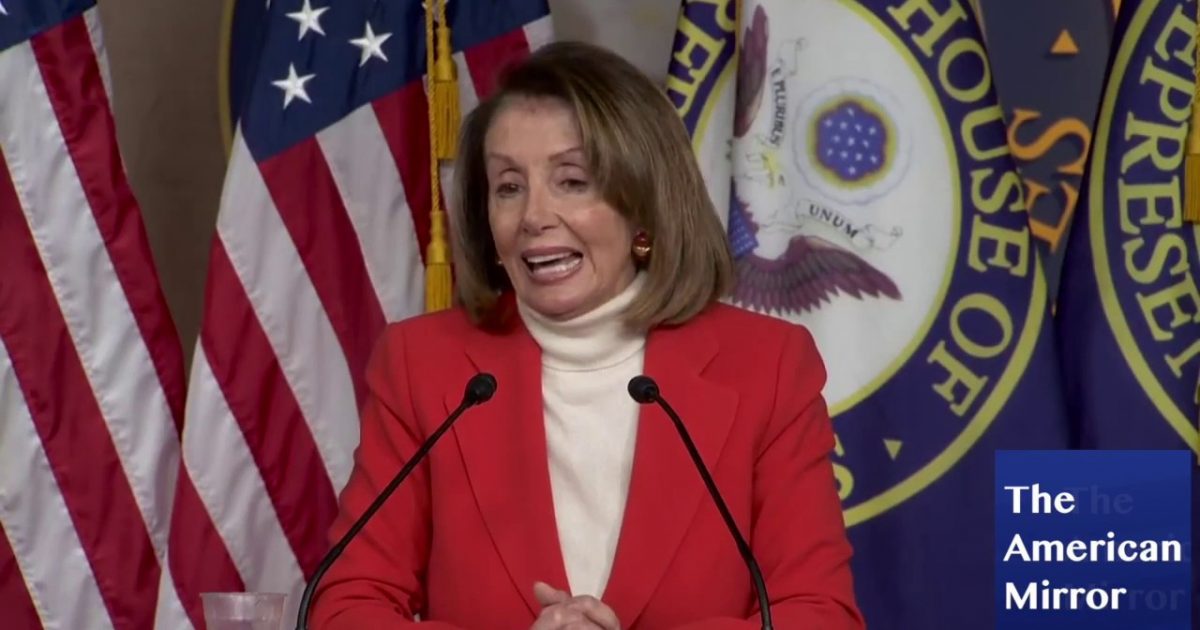 In a move that surprised exactly no one, Nancy Pelosi has again garnered the role of House Speaker as the democrats regain the first stop in Congress.

There was certainly some speculation about the position, given that Pelosi’s previous stints in the role were tenuous and tense.  This prompted a bit of a PR spin control in recent days, including a bizarre appearance on CNN by Pelosi’s own daughter who likened her mother’s political tactics to a brutal and swift decapitation.

Now, with the gavel now firmly back in the palm of her hand, Nancy Pelosi has wasted no time in issuing a warning to President Donald Trump.

Incoming House Speaker Nancy Pelosi said she wouldn’t rule out President Trump being indicted while in office, describing the topic as “an open discussion.”

During an exclusive interview with TODAY’s Savannah Guthrie, the House Democratic leader said it’s possible that special counsel Robert Mueller could seek an indictment against the sitting president, despite Justice Department guidelines against such action.

She was quite specific.

“I do not think that that is conclusive,” Pelosi said about the guidance.

Robert Mueller’s investigation into alleged Russian “collusion” with the Trump campaign in 2016 has netted only former Trump acquaintances on a number charge unrelated to the Kremlin.

If Nancy wants to talk about “indictment”, she may wish to remind herself of that fact before stepping onto that proverbial ledge.