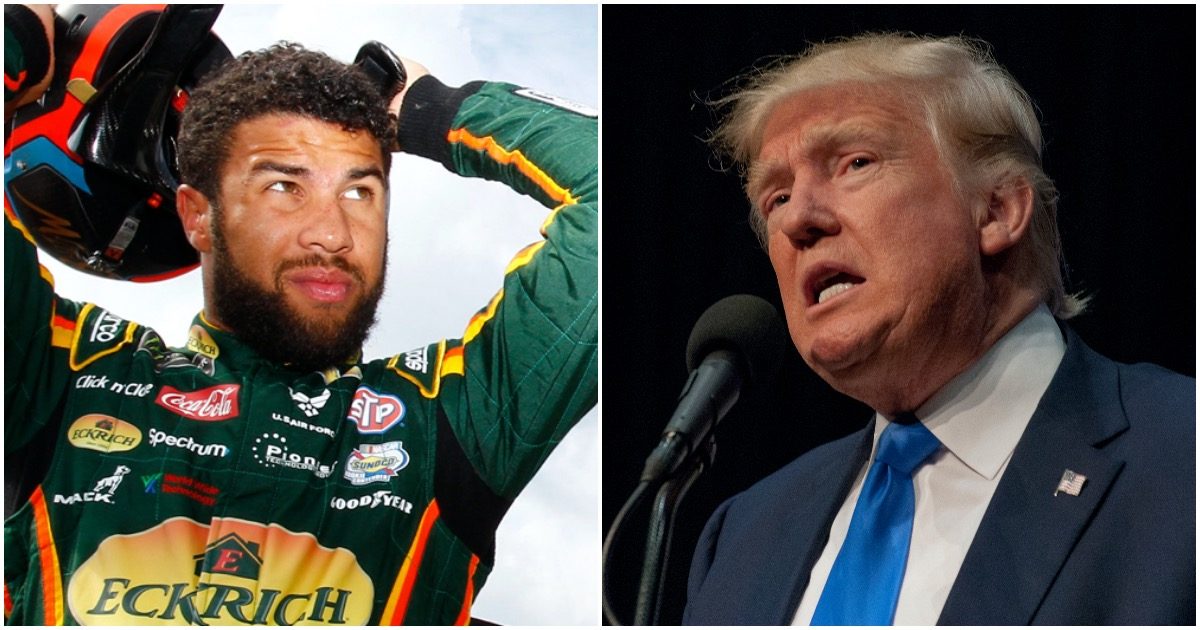 NASCAR driver Bubba Wallace drive the liberal world mad when he claimed a noose was found near his car. Of course, we now know the “noose” was merely a handle to help lift a heavy garage door.

On Monday, President Trump sent a message to Wallace.

Has @BubbaWallace apologized to all of those great NASCAR drivers & officials who came to his aid, stood by his side, & were willing to sacrifice everything for him, only to find out that the whole thing was just another HOAX? That & Flag decision has caused lowest ratings EVER!

To the next generation and little ones following my foot steps..#LoveWins pic.twitter.com/tVaV3pkdLe

“Love should come naturally as people are TAUGHT to hate,” Wallace tweeted. “Even when it’s HATE from the POTUS .. Love wins.”

NEW from @NASCAR: "We are proud to have @BubbaWallace in the NASCAR family and we commend his courage and leadership. NASCAR continues to stand tall with Bubba, our competitors and everyone who makes our sport welcoming and inclusive for all racing fans.”

Here was the FBI’s statement on the noose…

Corrupt Joe Biden and the Democrats don’t want to open schools in the Fall for political reasons, not for health reasons! They think it will help them in November. Wrong, the people get it!

BREAKING NEWS: The Mortality Rate for the China Virus in the U.S. is just about the LOWEST IN THE WORLD! Also, Deaths in the U.S. are way down, a tenfold decrease since the Pandemic height (and, our Economy is coming back strong!).

The Democrats would not have BANNED travel from heavily infected China, especially so early, therefore, far more people would have died. Corrupt Joe Biden now admits this!!!

Deaths from the China Virus are down 39%, while our great testing program continues to lead the World, by FAR! Why isn’t the Fake News reporting that Deaths are way down? It is only because they are, indeed, FAKE NEWS!

SCHOOLS MUST OPEN IN THE FALL!!!

Why does the Lamestream Fake News Media REFUSE to say that China Virus deaths are down 39%, and that we now have the lowest Fatality (Mortality) Rate in the World. They just can’t stand that we are doing so well for our Country!