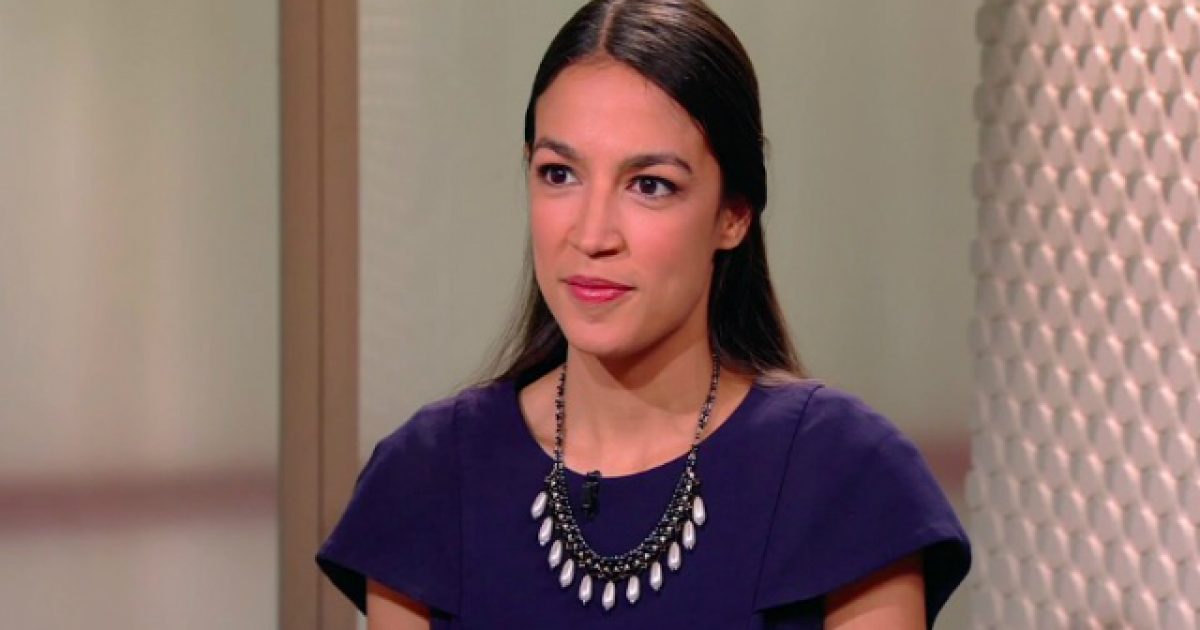 In the course of human history there have been a whole lot of very, very bad ideas. The list is so long it could fill entire libraries and then some. It’s essentially endless. We seem to have no shortage of new ones to continue adding on to what came before, so it doesn’t seem likely things will change on that front.

However, some ideas are so terrible, so awful, so awfully terrible, that they manage to fight their way up through the massive pile that already exist and enter the top of the list.

Like seeing Democratic Rep. Alexandria Ocasio-Cortez as president, which is apparently something young Democrats want to see.

“Alexandria Ocasio-Cortez is a leader in the progressive movement,” Sanders campaign adviser Jeff Weaver told Politico. “She is broadly popular, frankly, among Democratic voters. She is particularly strong with young voters, voters of color. She’s an important national voice, and adding her weight to the political revolution is a real coup for us.”

Calls for Ocasio-Cortez to be Sanders’s vice president pick have ramped up after Sanders said the New York Democrat would play a “very, very important role” in his potential White House.

To hold the office of vice president, a candidate must be at least 35 years old and a natural-born citizen. Though she isn’t old enough to hold the position, when asked, Ocasio-Cortez, 30, said, “It’d be an honor to be vice president.”

Waleed Shahid, a former aide who has worked with both Sanders and Ocasio-Cortez, suggested the New York freshman has an untapped and far-reaching base.

“AOC is popular among many diverse constituencies in the Democratic base, and particularly among unlikely voters,” Shahid said.

AOC has taken a few shots recently at those competing against Sanders for the presidential nomination for taking funds from billionaires, though she herself has actually done the same thing. In fact, AOC took $2,700 in donations from billionaire Tom Steyer.

Guess the pot is calling the kettle black.

However, it’s still true that a lot of young folk are on board with the kind of progressive program that Ocasio-Cortez wants to unleash on America, mostly due to the fact they are brainwashed from the time they hit kindergarten through college with the idea that government is the solution to all of our problems.

All 120 Intelligence Services In the World Knew Russia Collusion Was Hoax Within 24 Hours, Historian Says