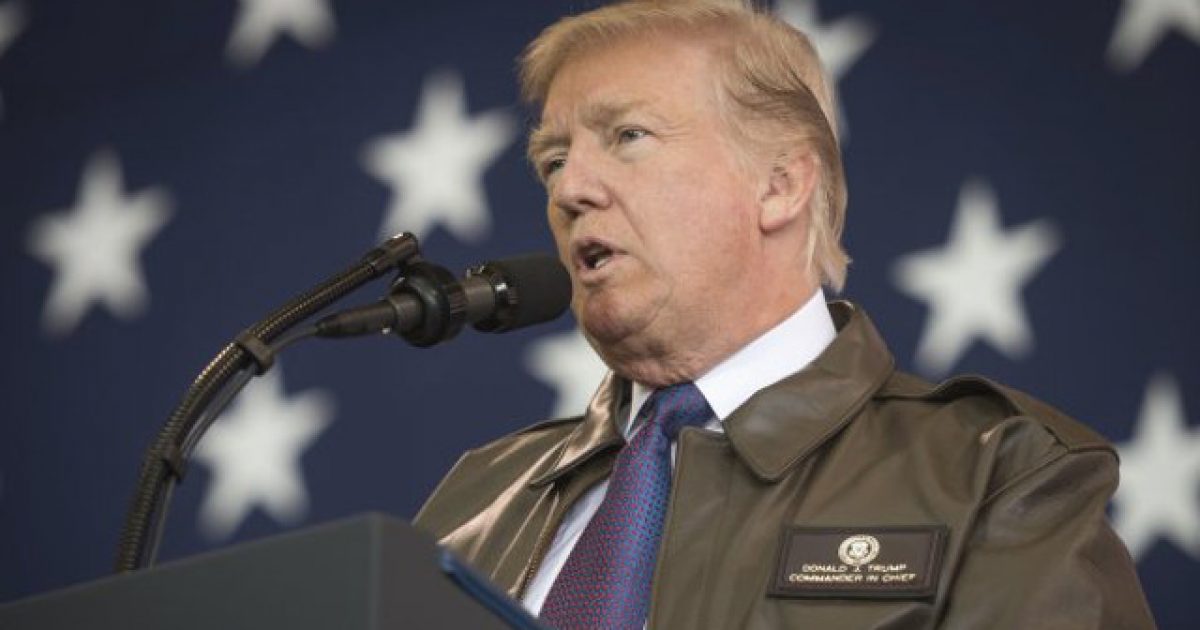 On Thursday, President Trump stepped up to the plate for Navy SEAL Chief Petty Officer Edward Gallagher, who he recently pardoned less than a week ago of charges of war crimes and convictions, after the Navy decided to remove him.

Here’s what Trump did according to a new report from TheBlaze:

Gallagher was acquitted in July of first-degree murder of an ISIS captive and attempted murder of civilians in Iraq, and convicted of posing in a photo with the dead body of a captive.

The Navy notified Gallagher on Wednesday that it intended to remove him from the SEALs, a move that had been cleared by some White House officials, before President Trump intervened. Navy officials told the Times that while they obviously disagreed with the president’s decision, they were not totally surprised by it and intended to comply. From the Times:

In the hours before the letters were issued, two Navy officials said, the Navy reached out to the White House for clearance multiple times.
“The Navy will NOT be taking away Warfighter and Navy Seal Eddie Gallagher’s Trident Pin,” the president wrote on Twitter. “This case was handled very badly from the beginning. Get back to business!”

The Navy will NOT be taking away Warfighter and Navy Seal Eddie Gallagher’s Trident Pin. This case was handled very badly from the beginning. Get back to business!

By the time Gallagher had received his conviction, he’d already served more than the four month sentence he was handed down, so he didn’t spend any additional time in prison after the trial was over.

Trump also restored Gallagher to his former rank of chief after he received a demotion from a military jury.

Nearly $17 Million Given to Hunter Biden Was ‘Stolen From Ukrainian Citizens,’ Report Says