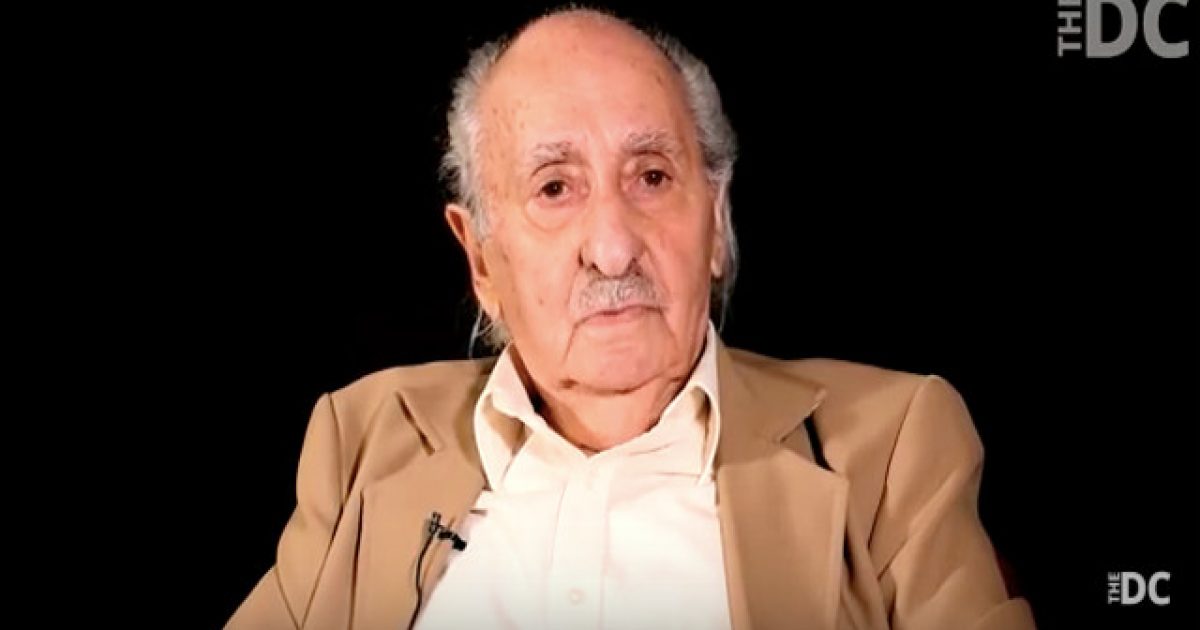 Much of the mainstream media in America has joined the hysteric chorus of voices from the left that have recklessly applied terms like “Nazi” and “Hitler” to President Trump and his supporters for their hardcore stance on the enforcement of immigration laws in our country.

Many have went so far in recent weeks to compare his detainment policies where illegals are being held for crossing the border illegally to concentration camps and the ICE agents enforcing the law to the Gestapo.

The left is oblivious to how offensive their appropriation and misapplication of these terms is to those who survived the Holocaust and actually spent time in real concentration camps, like David Tuck for example.

Tuck has a message for these brainless individuals and it’s powerful.

David Tuck was born in Poland in 1929. He was enslaved by the Nazis and survived multiple concentration camps. In the wake of pundits and politicians comparing illegal immigrant detainment facilities in modern day America to Nazi concentration camps, Tuck felt compelled to speak out.

Today, Tuck has a message for those comparing American illegal immigrant detainment facilities to the Holocaust. “They know nothing of the Holocaust,” Tuck says. “Grow up. You can’t compare. Every time I hear it, it’s sickening.”

“Wake up,” he said in an exclusive interview with The Daily Caller. “This is not the Holocaust.”

When he was 10 years old, the Nazis invaded his country. They marched through his neighborhood, identifying Jews. David had a golden Star of David sewn to his clothes and was moved to a ghetto.

In 1941, David was deported to Posen, a Nazi labor camp in Poland, to work as a slave. In 1943, David was once again deported, this time to Auschwitz, where he was forced to build anti-aircraft guns. In 1945, David was deported a third time to the Mauthausen labor camp. He nearly died on the trip from the horrible cold.

David was deported once more to the Nazi military labor camp, Güsen II, where he was required to build German aircrafts. When the Americans liberated his camp, David weighed 78 pounds.

The reason the left employs this type of language is because the pure melodrama of their usage helps to stir up people’s emotions and paints a far more stark picture of the situation than the actual reality does, thus it’s easier to fool the less informed into joining them in their crusade.

Leftists are reactionaries, relying on ridiculously over dramatic emotional outbursts to make their points instead of calmly and cooly presenting well thought out arguments supported by objective fact.

This takes less work and makes them feel better about themselves. However, the disrespect their usage of these terms shows to the few remaining survivors of this horrific point in human history is appalling and is something that should be apologized for and forsaken.