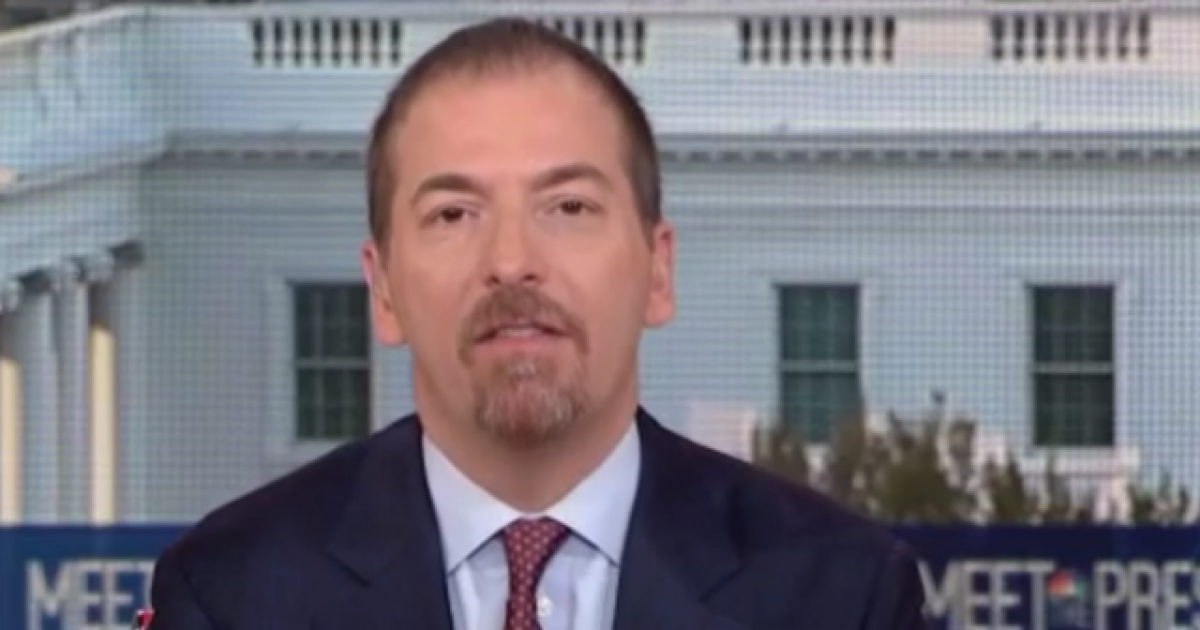 On Monday, NBC News host Chuck Todd penned a published piece that admonished the media to “fight back” against the evil empire known as Fox News, taking an opportunity to smash on conservative legend Rush Limbaugh and Matt Drudge.

However, his beef seemed to be with Fox News, who he mentioned numerous times in his piece. Here’s an example:

“The American press corps finds itself on the ropes because it allowed a nearly 50-year campaign of attacks inspired by the chair of Fox News to go unanswered,” Todd wrote. He said the late Roger Ailes, the founder of Fox News, orchestrated a “sustained assault on the press created the conditions that would allow a president to surround himself with aides who argue for ‘alternative facts,’ and announce that ‘truth isn’t truth.’ Without Ailes, a man of Trump’s background and character could never have won. Roger Ailes was the godfather of the Trump presidency.”

Todd went on to say he’s received threats — many conservative writers have too, so good ole Chuck here is far from alone in that regard — but still he called for the media to fight back.

“For me, idle death threats are now the norm. (I don’t take them seriously, because if I did, I’d never feel at peace.) But forget the personal animus or safety issues reporters now face. American democracy requires a functioning press that informs voters and creates a shared set of facts. If journalists are going to defend the integrity of their work, and the role it plays in sustaining democracy, we’re going to need to start fighting back,” he wrote.

Tragically, two days later, it seems someone took his advice. A man was arrested after he intentionally crashed his vehicle into the side of a Fox News building in downtown Dallas. The suspect, 34-year-old Michael Chadwick Fry, ranted on and on about “high treason.”

The attack on the Fox News came as the Senate broke down into chaos over President Trump’s nomination of Brett Kavanaugh to sit on the Supreme Court. In the first two days, nearly 150 protesters were arrested, most for interrupting the Senate hearing.

CNN’s Jim Acosta, who has repeatedly accosted Trump, said in July, “I’m very worried that the hostility whipped up by Trump and some in conservative media will result in somebody getting hurt. We should not treat our fellow Americans this way. The press is not the enemy.”

But Acosta only meant the liberal media that attacks Trump nonstop. He didn’t say a word on Twitter after the attack on the Fox News building. Neither did Todd.

While this man’s actions cannot fully be placed at the feet of Chuck Todd, the point here is that liberal media is very careless with its rhetoric, which is very dangerous given the seemingly unhinged nature of folks like Fry and others who are part of the Antifa movement and are just itching to get violent.

The mainstream media has a responsibility to present the facts to the American people, giving them information and allowing them to draw their own conclusions. Instead, media today tries to tell people what to think, how they should vote, and where they should stand on controversial issues instead of letting the truth speak for itself.

Folks on the left, especially young people who have been highly indoctrinated with progressive thought, are very easily influenced by what they hear in the media, thus, when talking heads like Todd use violent rhetoric — on purpose or otherwise — it clicks with something primal in them that leads to these kind of horrific incidents.

The media needs to take responsibility for its role in many tragedies like this and work toward being more careful in their rhetoric and choices of language.

More and More Brands Seem to Be Going Openly Liberal. Here’s the Lowdown on Why.