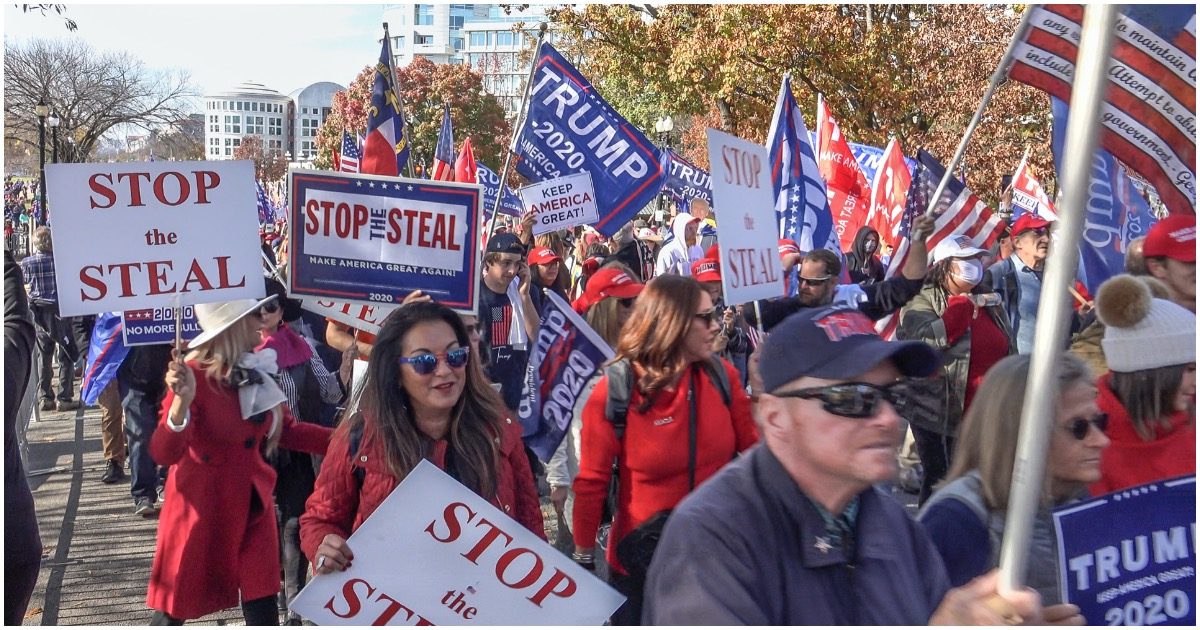 If nearly half of all Americans believe the 2020 presidential election was stolen from President Trump, what it shows is that the other half isn’t paying attention.

Of course the election was stolen. It is cut and dry. There have been far too many cases of irregularities surrounding voting machines, ballots being “found” and votes “not being counted,” for there not to have been a steal.

All we as conservatives can do is continue to pray. Pray that sanity wins. Pray that Trump pulls this one out.

Rasmussen Reports conducted the survey December 3-6, 2020, among 1,000 likely voters and asked respondents, “How likely is it that Democrats stole votes or destroyed pro-Trump ballots in several states to ensure that Biden would win?”

They were virtually split, with 49 percent saying it is either “not very” or “not at all” likely. However, 47 percent expressed the belief that it was “very” or “somewhat” likely. The two groups are within the +/- 3 percent margin of error, indicating a statistical tie. Four percent remain unsure.

Three-quarters of Republicans believe it is likely that Democrats either stole votes or destroyed Trump ballots to assist Biden, compared to 25 percent of Democrats who feel the same way.

Sidney Powell continues to fight hard for POTUS. The saddest part is that Big Tech, Hollywood and the mainstream media were all complicit in the cover-up.

Sidney dropped some gigantic news the other day, too.

She said, “We have other testimonial evidence that appears to be coming in now that indicates the Democrats literally added 35,000 votes to every Democrat candidate to begin with… Definitely, all over one state and I’d be willing to bet it happened everywhere.”

The ‘Dark Ages’ of President Donald Trump Are Over, Says George Clooney