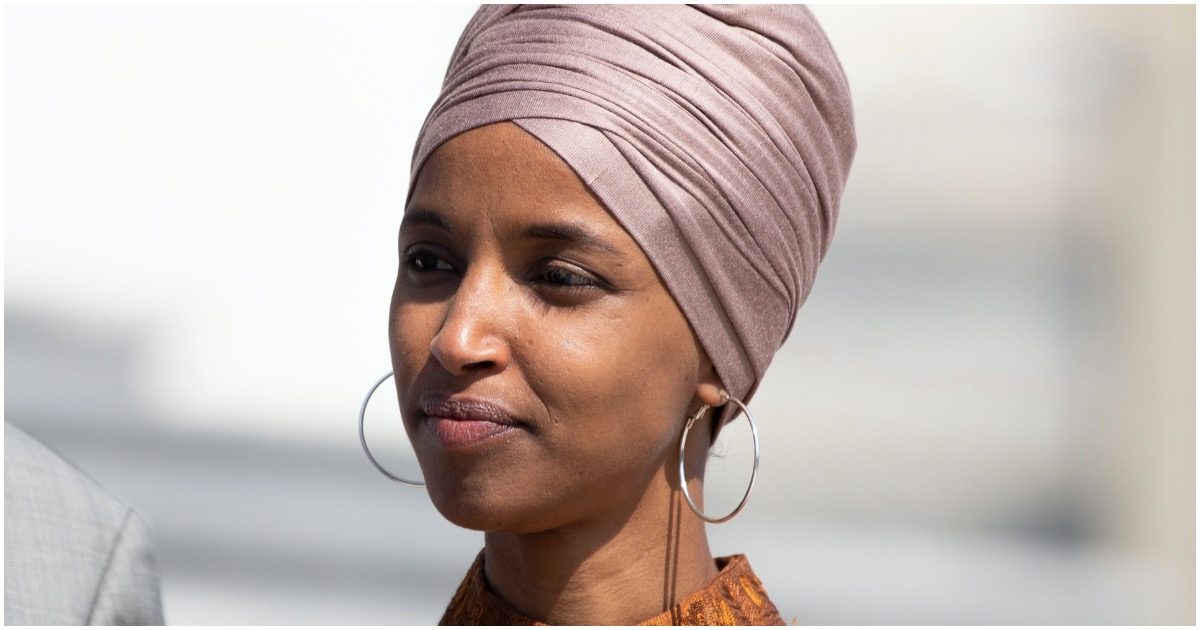 It seems like freshman Democrat Rep. Ilhan Omar (MN) is always in trouble for something. At the same time, the news quickly disappears and nothing comes of it. Why is that? Why is Omar untouchable, for some reason?

If she’s not getting dinged for potentially committing immigration fraud by marrying her brother or bashing Israel or spitting on the United States Constitution, what has Omar done since winning her seat in Congress?

Here’s the latest on the anti-American lawmaker, via Judicial Watch:

(Washington, DC) – Judicial Watch announced today that it hand-delivered a letter to the U.S. House of Representatives Office of Congressional Ethics calling for further investigation of Rep. Ilhan Omar over new allegations that her alleged lover, Tim Mynett, received nearly $230,000 from her campaign since July 2018. The latest letter supplements Judicial Watch’s July complaint demanding an investigation of alleged marriage, immigration, tax, and other fraud related to the allegation that Rep. Omar had married her brother.

In the second half of 2019, out of every $10 that Ilhan For Congress spent, $4 went to the E Street Group, the political consulting group run by Tim Mynett, Rep. Ilhan Omar’s alleged boyfriend.

According to the campaign’s latest fourth-quarter filing of last year, $216,564.64, or more than half of Ilhan For Congress’s spending, went to the E Street Group. Omar’s team reported a total of $403,139.73 in disbursements to retain her seat in an overwhelmingly Democratic district. In the third quarter, Omar’s campaign allocated $146,712.64 of its $493,389.80 in disbursements to the E Street Group.

After everything negative she has said about America since being elected to Congress, Ilhan has the nerve to claim she’s suffering from PTSD after President Trump gave the order to take down the world’s top terrorist, Qasem Soleimani.

The question remains: what planet is this woman living on?

Dead terrorist means suffering to a woman who lives like a queen in the United States? Hmm.

Oh, she’s too busy divorcing her brother and divorcing another to answer that question?

Rep. Ilhan Omar complained she’s “stricken with PTSD” because of recent events in the Middle East.

This is a disgrace and offensive to our nation’s veterans who really do have PTSD after putting their life on the line to keep America safe. pic.twitter.com/twhZDuUDu0

I survived war as a child and deal with post-traumatic stress disorder—much like many who have served or lived through war.

It’s shameful that you as a member of Congress would erase the PTSD of survivors. pic.twitter.com/QdDBKDSOCS