Ilhan Omar was just elected as Congresswoman in Minnesota.

She’s not a fan of Israel.

In November of 2012, Omar called on “Allah” to awaken humanity to Israel’s supposed hypnosis of the globe via Twitter: 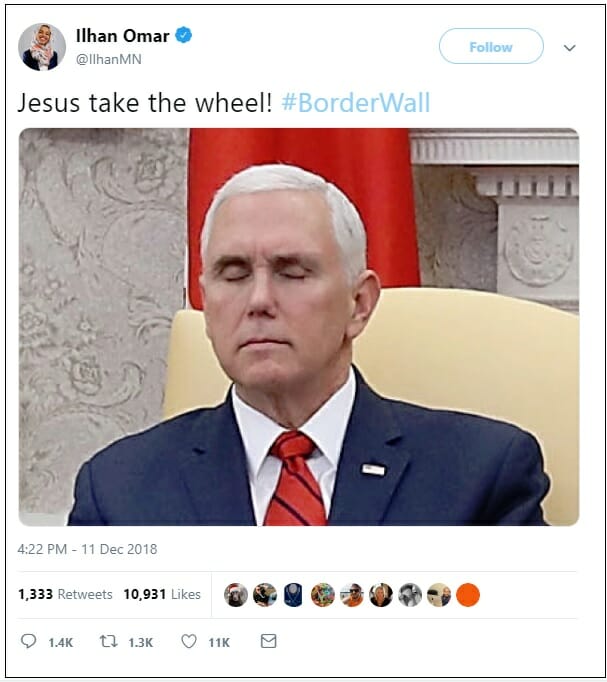