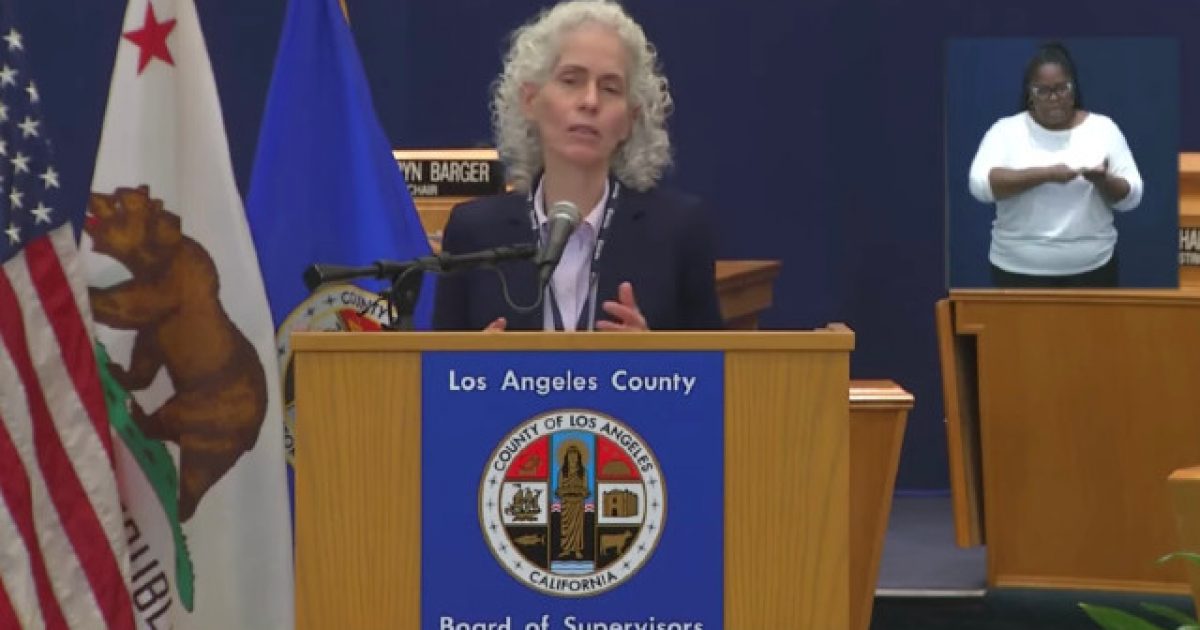 Audio was released on Wednesday that reveals Los Angeles County Public Health Director Barbara Ferrer stating that she believed K-12 schools in the county — the largest one in the country by the way — would remain closed until after the November election.

As we’ve all been trying to say for months now, this pandemic stuff is nothing more than a tool the left has been using to try and take down Trump and ensure that someone from the Democratic Party takes over the White House.

Steve Gregory, a KFI News radio reporter stated that he received a partial audio recording of a conference call between Ferrer and various school nurses, administrations, and other education and medical professionals.

“We don’t realistically anticipate that we would be moving to either tier 2 or to reopening K-12 schools at least until after the election, in early November,” Ferrer said. “When we look at the timing of everything, it seems to us a more realistic approach to this would be to think that we’re going to be where we are now until we are done with the election.”

The recording was featured on KFI’s “John and Ken Show,” where the co-hosts of the high-wattage afternoon drive program questioned whether Dr. Ferrer was manipulating the date to influence the Presidential race.

Gregory went on to say that he contacted the health department after receiving the audio clip and asked when Ferrer said the schools would open.

“I got a response back that is basically this word salad,” Gregory said. “It’s one big long paragraph of a word salad. It’s not even worth reading because all that it said was, ‘we’re reassessing all of the time, and as soon as we do the in-person learning with the high risk, high needs students, the special needs, we will reassess for everyone else.’ That was their official answer as to when the schools were going to reopen.”

“So the health department official statement does not jive with the health director,” Gregory went on to say. “What caught my attention on this was that she said election not just once, but she says it twice.”

Gregory then said he tried to ask Ferrer about the comments but wasn’t provided with an opportunity to hear from her.

It seems this is all being politically driven, doesn’t it? What happened to concern for the American citizen being the foundation for all of this panic and misery?

We’re being messed with, ladies and gentlemen.