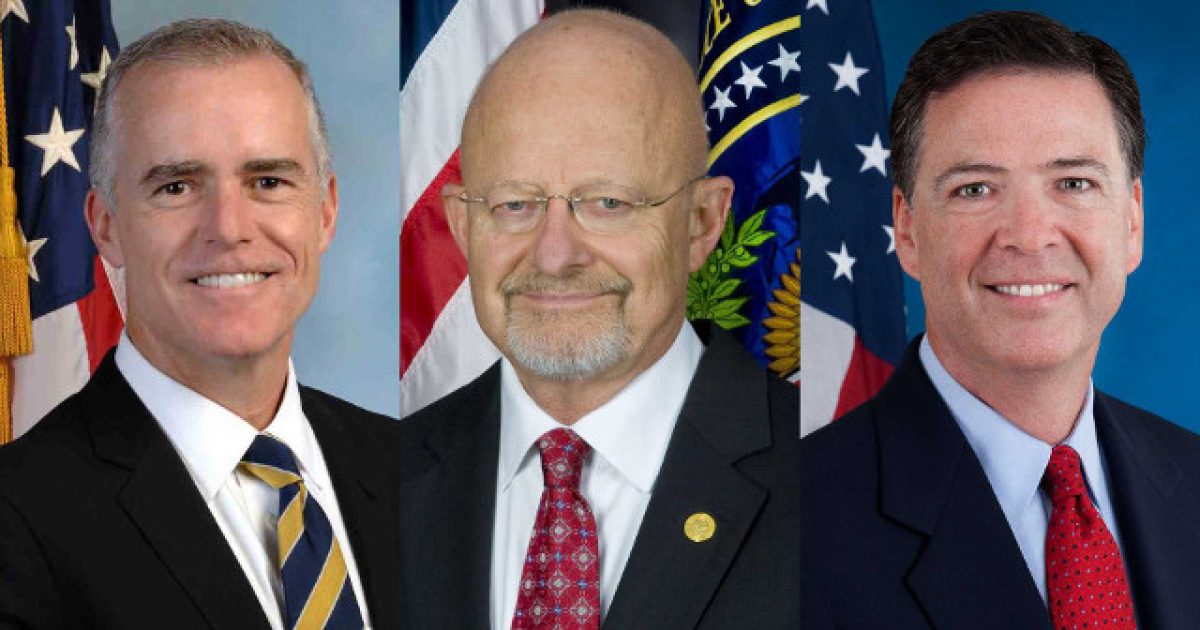 New emails have been released by the Committee on Homeland Security and Governmental Affairs allegedly showing Obama administration officials coordinating with one another to aid CNN in running a damaging story about then President-elect Donald Trump, a story that was based on unverified information that came from the infamous dossier put together and financially backed by Trump’s enemies.

And yet, this same network has led the charge for the last year that Trump colluded with Russia to sway the election, and here they were, possibly engaging in similar behavior.

Hypocrisy destroys any sort of claim to the moral high ground, right?

The emails, obtained by Sen. Ron Johnson (R-WI), show that the Obama-era officials used coded language to refer to the Steele dossier. The following timeline of events and communications were in the committee’s letter:

1. January 6, 2017, 9:44 a.m. FBI Chief of Staff Jim sent an email to unspecified recipients stating, “the director is coming into HQ briefly now for an update from the sensitive matter team.”

4. January 8, 2017, 12:08 p.m. Then-FBI Deputy Director Andrew McCabe sent an email to senior FBI leadership with the subject line “Flood is coming.” Mr. McCabe wrote, “CNN is close to going forward with the sensitive story… The trigger for them [CNN] is they know the material was discussed in the brief and presented in an attachment.”

CNN then ran the story, which again, was unverified, two days later on January 10.

This all came from an administration that mainstream media outlets continually praise for having no scandals, ignoring the IRS targeting of conservatives, the disaster with the VA, and now this mess.

It’s quite clear that Obama and his team were ready to do whatever it took to make sure that a Republican didn’t land in the White House, particularly Trump, because deep down they knew that if he or anyone with strong principles got in, they would undo the work they had done over the last eight years.

They were right. That’s precisely what Trump has done and it looks likely that’s what he’ll continue to do with his time in office.

What’s maddening is that the media has chucked journalistic integrity and has become a propaganda arm of the Democratic Party instead of doing their actual job and just reporting the facts.

They should be the first line of defense against governmental corruption, but that no longer seems to be the case. It’s a tragic loss for America.