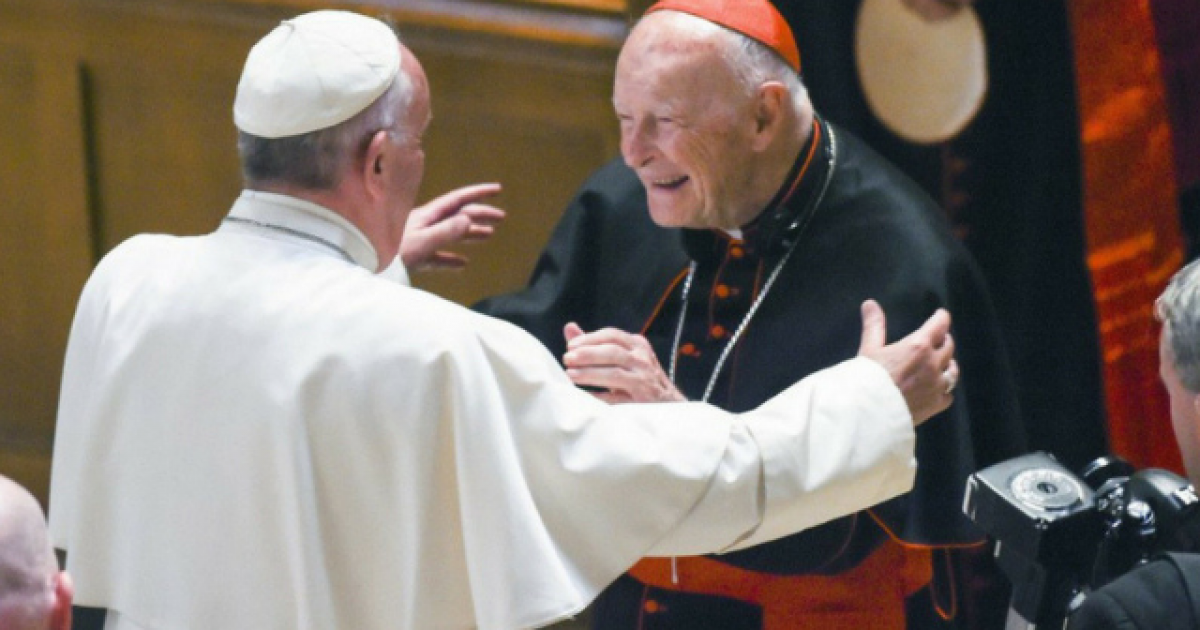 The religious world has been rocked by stunning revelation and testimony against the systematic suppression of sex abuse allegations made against members of the Catholic clergy, particularly those against Archbishop Theodore E. McCarrick and his behavior towards seminarians as rector at Immaculate Conception Seminary.

While the mainstream media seems to favor the narrative of progressive Catholics, i.e., is highlighting Pope Francis’ progressive bona fides like his interest in climate change and lenient position on homosexuality and abortion, conservative members of the church are outraged and demanding answers.

Catholic News Service has obtained a letter indicating that the Vatican was aware of McCarrick’s behavior as early as 2000, and seems to have failed to act.

A top official from the Vatican Secretariat of State acknowledged allegations made by a New York priest in 2000 concerning Archbishop Theodore E. McCarrick, according to a letter obtained by Catholic News Service.

Father Boniface Ramsey, pastor of St. Joseph’s Church Yorkville in New York City, told CNS Sept. 7 that he received the letter dated Oct. 11, 2006, from then-Archbishop Leonardo Sandri, the former Vatican substitute for general affairs, asking for information regarding a priest of the Archdiocese of Newark who studied at Immaculate Conception Seminary and was being vetted for a post at a Vatican office. He made the letter available to CNS.

Then-Archbishop Sandri wrote to Father Ramsey, “I ask with particular reference to the serious matters involving some of the students of the Immaculate Conception Seminary, which in November 2000 you were good enough to bring confidentially to the attention of the then Apostolic Nuncio in the United States, the late Archbishop Gabriel Montalvo.”

Father Ramsey had been on the faculty of the seminary from 1986 to 1996 and had sent a letter in 2000 to Archbishop Montalvo informing him of complaints he heard from seminarians studying at the seminary, located in South Orange, New Jersey. 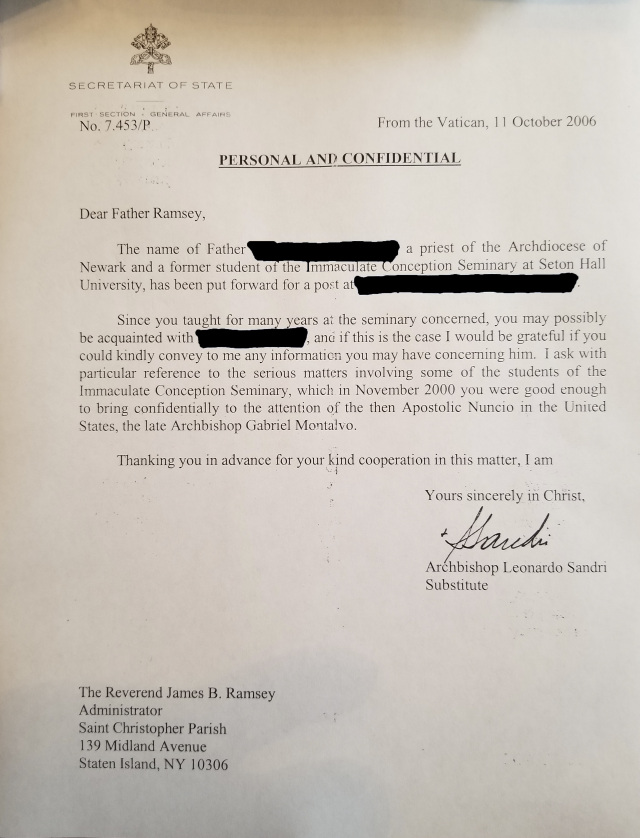 This revelation supports accusations that are currently being made against the Vatican that they covered up McCarrick’s behavior.

In a Powerful Private Letter to Dying Father-in-Law, Reagan Reveals His Faith, Evangelism