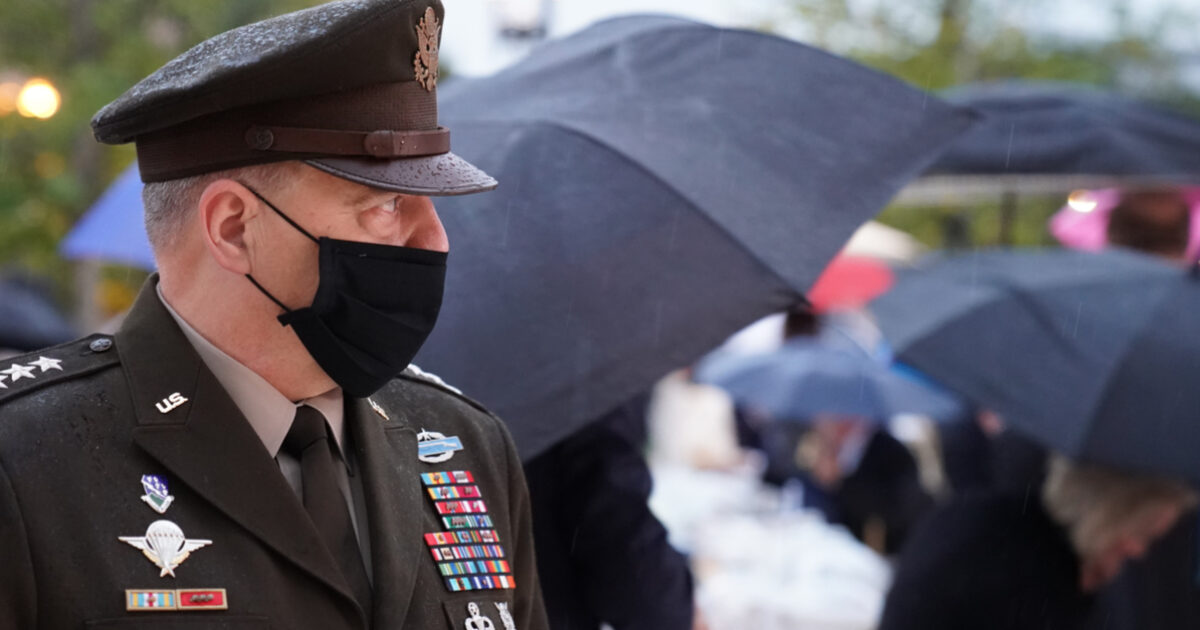 As Donald Trump continues to hover over the Republican Party’s future electoral hopes, with perhaps some plans of his own in the works, there are plenty of folks out there who would like nothing better than for the former Commander in Chief to go away.  Twitter and Facebook, for one, who literally did make him go away by arbitrarily suspending his accounts on those social media platforms.

Other efforts to effectively “cancel” Trump come to us from the Manhattan DA’s office, where an investigation into the Trump Organization is heating up, and from a number of former White House staffers who’ve begun leaking and sieving stories of their time around Trump to journalists and authors.

One of the latest West Wing incidents to hit the public’s ear involves General Mark Milley.

Gen. Mark Milley, chairman of the Joint Chiefs of Staff, repeatedly blew up at President Trump over how to handle last summer’s racial-justice protests, The Wall Street Journal’s Michael Bender writes in his forthcoming book, “Frankly, We Did Win This Election.”

The backdrop: Trump wanted to invoke the Insurrection Act and put Milley in charge of a scorched-earth military campaign to suppress protests that had spiraled into riots in several cities.

The exchange appeared to be quite heated.

Privately, Milley confronted Trump about his role. He was an adviser, and not in command. But Trump had had enough.

“I said you’re in f—ing charge!” Trump shouted at him.

“Well, I’m not in charge!” Milley yelled back.

“Goddamnit,” Milley said to others. “There’s a room full of lawyers here. Will someone inform him of my legal responsibilities?”

Donald Trump aides have suggested that this telling of the incident is categorically false.