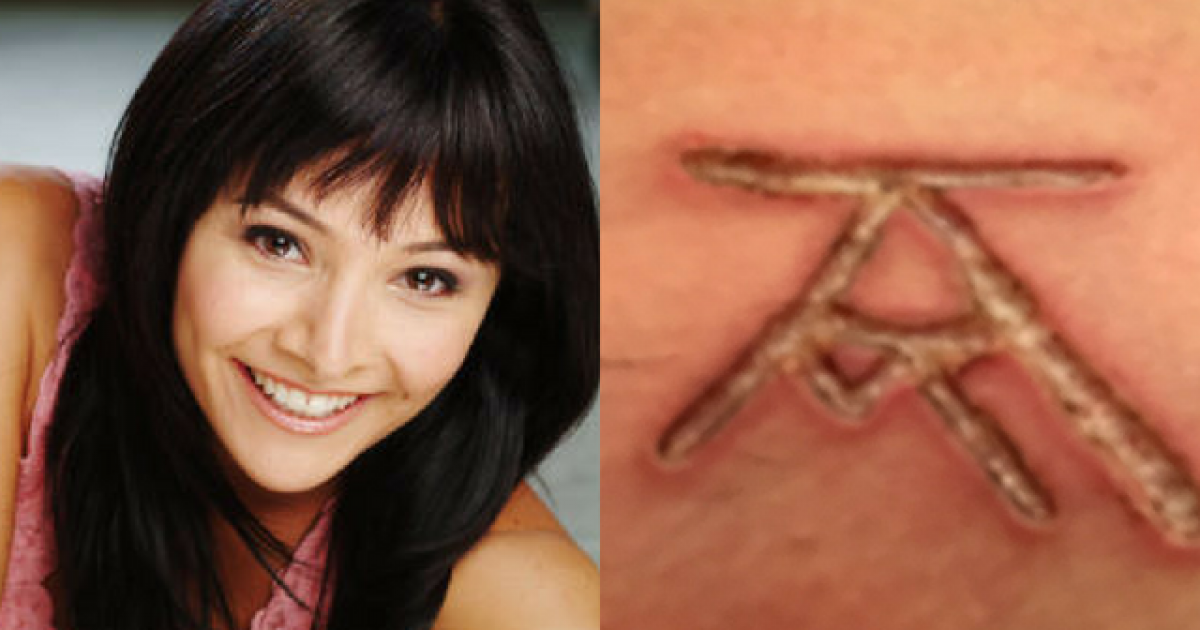 Meanwhile, in the dark underbelly of the entertainment industry…

If you have missed the arrest of Smallville star Allison Mack and her cohorts at the NXIVM sex slave cult, that’s probably because it’s not getting anywhere near as much coverage as it should. It’s a modern-day horror story.

Mack is currently working out a plea deal for the role she played recruiting legitimate sex slaves for cult leader Keith Raniere for his “philosophical society” NXIVM. She has been charged with sex trafficking, conspiracy to commit sex trafficking, and forced labor, and is expected to testify against her former “master” Raniere.

The Daily Wire reports that a recently released episode of A&E’s “Cults and Extreme Belief” features a former high-ranking member of the cult, and the inside look she gives into the “sorority” of sex slaves is downright chilling.

Sarah Edminson, whose allegations were featured in a New York Times expose published last year that first brought attention to the creepy cult, shared her experiences.

“Describing the ‘Jness’ track of NXIVM, which she says cost her $15,000 for three eight-day training sessions specifically designed for women to learn about ‘who we are at our core,'” The Daily Wire says, “Edmondson tells Vargas that the overarching point of the indoctrination overseen by Raniere and Mack was that women need to be subservient to men.”

“In the process of understanding our indoctrination, he is slipping in a new indoctrination,” said Edmundson of Raniere. “I actually remember the last training I took with Jness. I was like, ‘Wow, I’m not obedient enough.'”

She says that as she moved up in the program, she was introduced to the disturbing “collateral and penance” program, which often involved extreme forms of self-punishment.

“For women, penance was largely about calories. I remember there was one woman I saw once on a 300-calorie diet, because of some breach she had done,” Edmondson says. “She was only eating mashed frozen zucchini and tomato stew.”

Lauren Salzman, Edmondon’s “confidant”, eventually invited Edmondson into NXIVM’s inner circle, the elite harem of slaves at Ranier’s disposal. This is where she receive the notorious “tattoo”, and her account of the experience is nothing short of horrific:

The concept of the master/slave relationship was weird for me, but the main thing was that I didn’t want to get a tattoo. I don’t have any tattoos, and I don’t have any piercings other than my ears—I didn’t want to get a tattoo. And Lauren just said, “We’ll work with you on that—you just have some fears.”… I put the blindfold on, and I hear movement in the house. I know the other girls are coming. And then there I am sitting with four other women. All of them I knew from Nxivm. Not well—I hadn’t seen them naked. And now we’re just sitting there cross-legged, very much exposed, and very vulnerable. We all thought it weird, but Lauren just said, “Guys, get over it. Get over your body issues. It’s no big deal. We’re a sorority. We’re a sisterhood—relax.” …

And then Dr. [Danielle] Roberts came in, who I also knew from Nxivm. We took turns holding one another down—three would be on them and the fourth would be filming. This is all on camera somewhere. The first woman lay on the table and then the other women and I were sitting on her holding her legs down. With the first cut of her flesh—they burned her flesh—we were crying, we were shaking, we were holding one another. It was horrific. It was like a bad horror movie. We even had these surgical masks on because the smell of flesh was so strong. I felt petrified. I felt—every part of my body was like: Get out of here. Run.

She explains the only way she was able to endure the gruesome procedure herself was to disassociate:

The entire time I was thinking, I don’t have a car. I’m naked. I’m in Knox Woods, Clifton Park. What am I going to do, text my husband? Then I’m going to blow this thing up, and I can’t do that, because I made a vow of secrecy… How do I do this? And then I just said, F**king do it, just do it. So I watched two other people, then I went. I really believe that the only way to get out is to do what I did—disassociate. I wasn’t present mentally. I went somewhere else. I thought about giving birth to my son, I thought about how much I loved him, and I thought about being strong, and I just focused on that. I just brought up a loving state, a really strong loving state. And the pain [of the burn] oh my God, imagine someone taking a lit match to your crotch and drawing a line with it.

Let us hope and pray that these awful and disgusting people are brought to very swift justice.