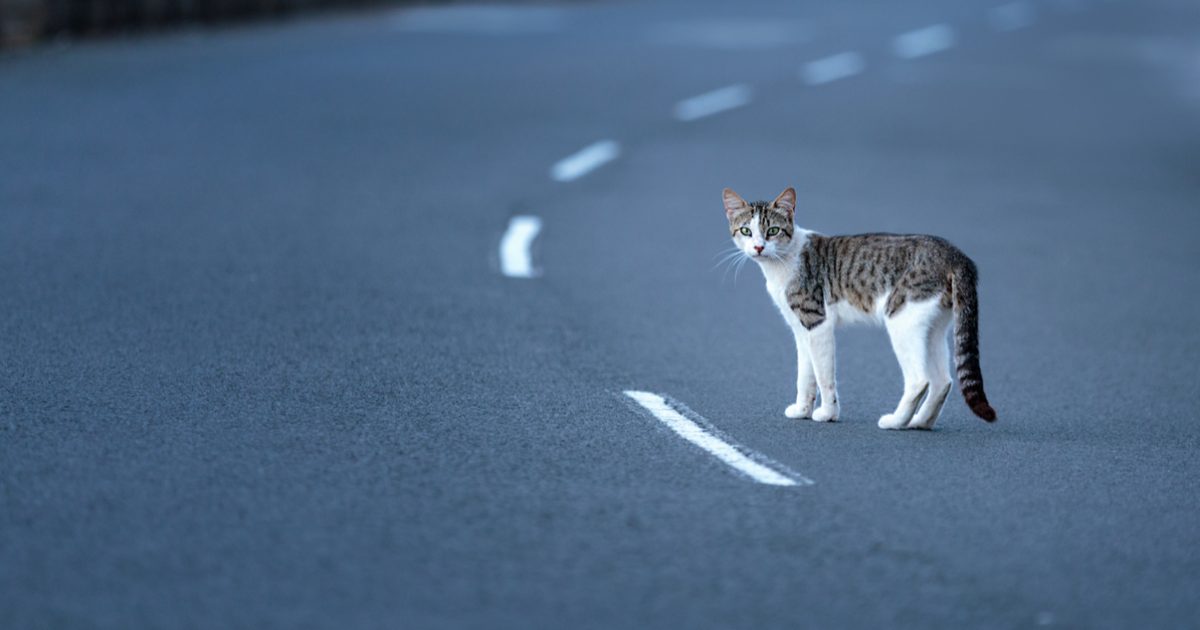 In America, owning a pet is a luxury that many of us truly enjoy partaking in.  It’s rewarding and delightful and whimsical at times, and, even in the inevitable heartbreak of the experience we learn a whole lot about ourselves.  We take theses stories with us everywhere that we go, and our animals often become a rather large part of our personal identity.

That’s why lawmakers in New Hampshire are pushing to make killing a cat in a hit-and-run illegal.

New Hampshire was ahead of the pack when it passed a law nearly 40 years ago that requires drivers who injure or kill dogs to notify police or the animals’ owners, or else face a $1,000 fine. It is unclear why cats and other pets were left out, but the state Legislature is currently considering an expansion that would give cats and canines equal standing.

“It’s a cataclysmic bill. To not pass this would be catastrophic,” Sen. Tom Sherman, D-Rye, said Tuesday, drawing chuckles from fellow members of a Senate committee.

“It’s a categorical imperative: You have to report,” chimed in Sen. David Watters, D-Dover.

There was a personal touch to the story as well.

Republican Rep. Daryl Abbas sponsored the bill on behalf of his wife, who found their 5-year-old cat, Arrow, dead on the street near their Salem home in July 2019. The partially blind black and gray tabby had once again achieved his “daily goal” of escaping from the house and was hit by a car, Abbas said.

“I remember telling my wife, ‘It’s an accident, we have to forgive the person,’ but I was more upset that the person didn’t stop,” he said. “Who doesn’t stop?”

Abbas contacted an animal control officer, who told him there was no reporting requirement. When he expressed surprise, she suggested he contact his state representative. And so he drafted the bill himself.

And, in highlighting the absurdity of the situation:

“The only glaring exception is if the damage is to a person’s cat. Literally under the law, if you were to hit a statue of a fake cat with your car, you would have to report that, but not the real cat,” he said. “The real cat and the fake cat should at least have equal property protection.”