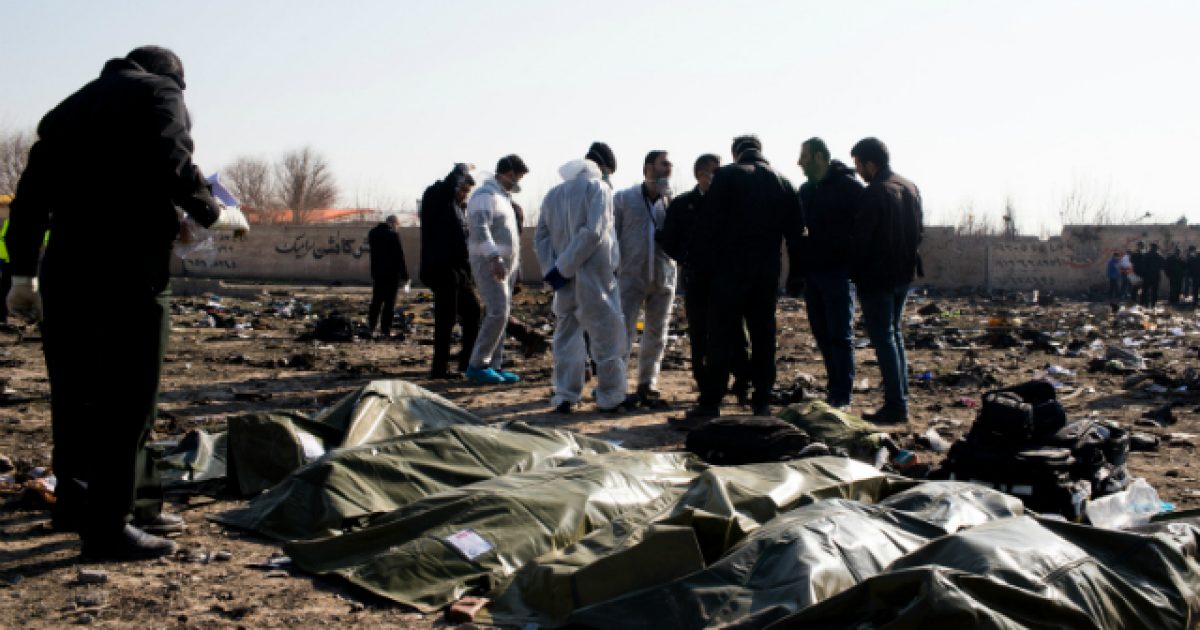 A new bit of audio from January 8 has leaked online and it clearly shows that Iran knew they shot down a Ukrainian passenger plane right off the bat.

The revelation of this audio came from Ukrainian television on Sunday night.

The revelation was made on a Ukrainian television station on Sunday night when an audio recording of a “pilot of another plane can be heard saying he saw ‘the light of a missile’ in the sky before Ukrainian International Airways flight 752 crashed in an explosion,” Reuters reported.

Ukrainian President Volodymyr Zelenskiy said that the audio proved “that the Iranian side knew from the start that our plane had been hit by a missile.”

Reuters added that Iran, which falsely denied responsibility for three days, blamed Ukraine for the release of the audio file which it reportedly described as “confidential evidence.”

Iran also indicated that it would no longer share evidence with Ukraine regarding the crash.

Ukraine International Airways released a statement saying the audio recording “provides yet more proof that the UIA airplane was shot down with a missile, and there were no restrictions or warnings from dispatchers of any risk to flights of civilian aircraft in the vicinity of the airport.”

Iran has proven over and over again they are a major threat to the national security of the United States. Not only to us, but to our allies in the region, like Israel.

President Trump took a well measured approach to dealing with the nation of Iran when all of this went down, surprising a lot of his leftist critics who swore up and down he was going to start World War III. Here’s to hoping the peaceful solutions continue to present themselves.