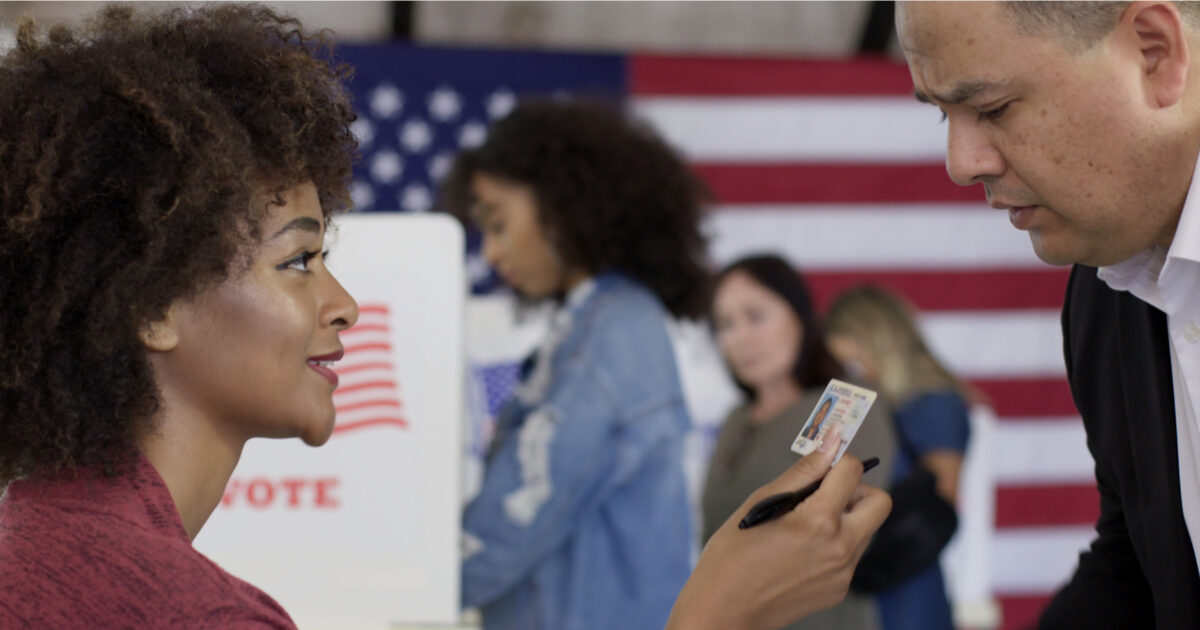 One of the most intense fights that we are set to see on the American political stage over the course of the next few years will undoubtedly be about voting rights, and rightly so.  This is an issue that is intrinsic to the freedom of our nation, as secure and fair elections are the only way in which we can truly exercise our democracy.

The issue has been foolishly split down the middle, into the predictable party pools where the narrative will mutate and radicalize until the argument is far from the middle ground it deserves, and a stalemate occurs in Washington DC.

And while our elected officials continue to play politics with this all-important issue, the American people have let their opinions be known in a recent poll that seems to contradict much of what the Democratic position has become of late.

Amid plenty of partisan rancor over election integrity and voter suppression, a new national poll indicates that most Americans support requiring voter identification to cast a ballot and easier access to early voting.

And a survey by Monmouth University released on Monday also indicates that the public is more divided on expanding voting by mail.

Eight out of 10 of those questioned in the poll support requiring voter ID, including 91% of Republicans, 87% of independents and 62% of Democrats.

Just over seven in 10 – 71% – say in-person early voting ahead of Election Day should be made easier. That includes 89% of Democrats, 68% of independents and 56% of Republicans.

Voter ID has been a key sticking point in negotiations over future elections, with Democrats showing little enthusiasm for requiring American voters to provide identification to cast their ballots.

This latest poll seems to weaken their position in the argument, however, and could send them back to the negotiating table with their tails tucked.