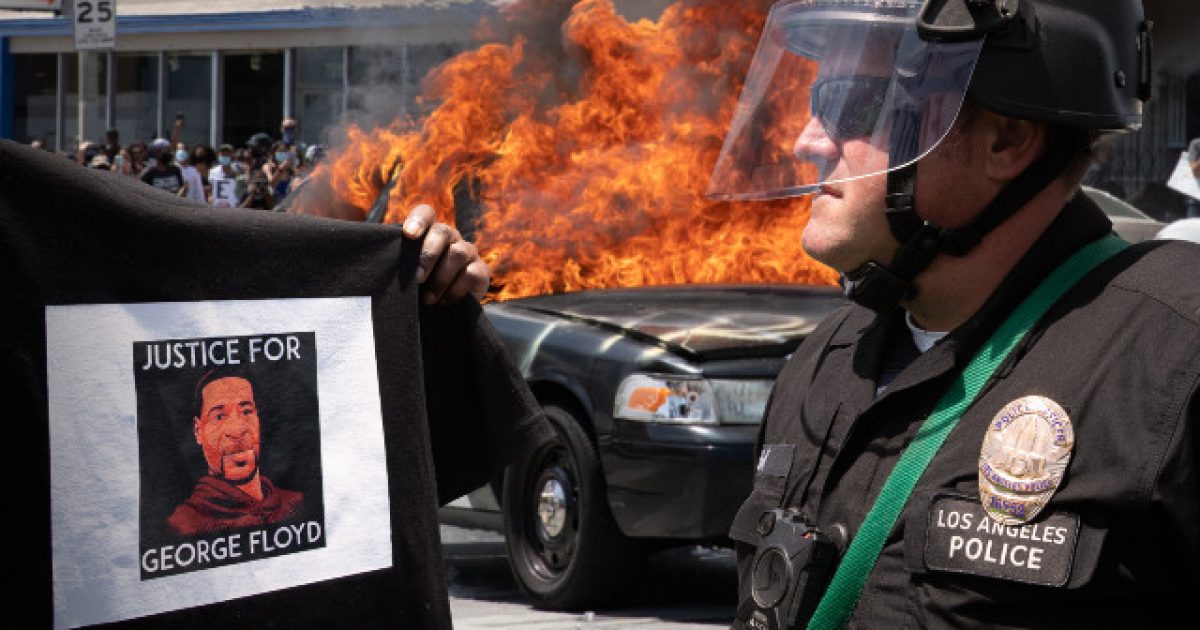 If you happen to listen to the mainstream media, you’ve probably assumed, thanks to the narrative they continue to push, that the overall majority of people in the black community want to defund the police. As it turns out, that’s just more propaganda being pushed by leftist media that wants to keep folks divided.

A new poll has come out that has revealed that black people are opposed to the idea of defunding police by a rather significant margin of 20 percentage points.

Liberal activists have been calling for local communities to yank funding from law enforcement departments and pour the money into social programs, which they think will prevent crime from happening in the first place and reduce the number of encounters that black people will have with law enforcement. You can see where this thinking is headed.

However, defunding police means less police presence in minority neighborhoods who will no doubt fall victim to increased crime rates. That doesn’t really solve the problem. It creates a brand new one.

Only about a quarter of black people supported defunding the police, while 49% opposed it.

In the poll, conducted Monday through Wednesday, 27% of adults expressed support for defunding the police. But when presented with a host of reforms to choose from, these proposals enjoyed vastly more support. For instance, 73% backed a ban on chokeholds, 72% approved of the creation of a federal registry that would compile complaints against police officers, and 69% supported the idea of national standards to regulate the use of force.

A lot of polling conducted in the aftermath of George Floyd’s death has revealed that people are much more open to the idea of police reform, and that’s honestly a good thing.

The coronavirus lockdowns, in which many police officers participated in stripping Christians of their right to attend worship services, along with Floyd’s death, proves there’s an issue in some law enforcement departments that need to desperately be addressed. How do we do that? Well, that’s what we need to discuss.

Cops Around US Being Doxxed, Personal Info Leaked Online to Make Them Targets (Details)