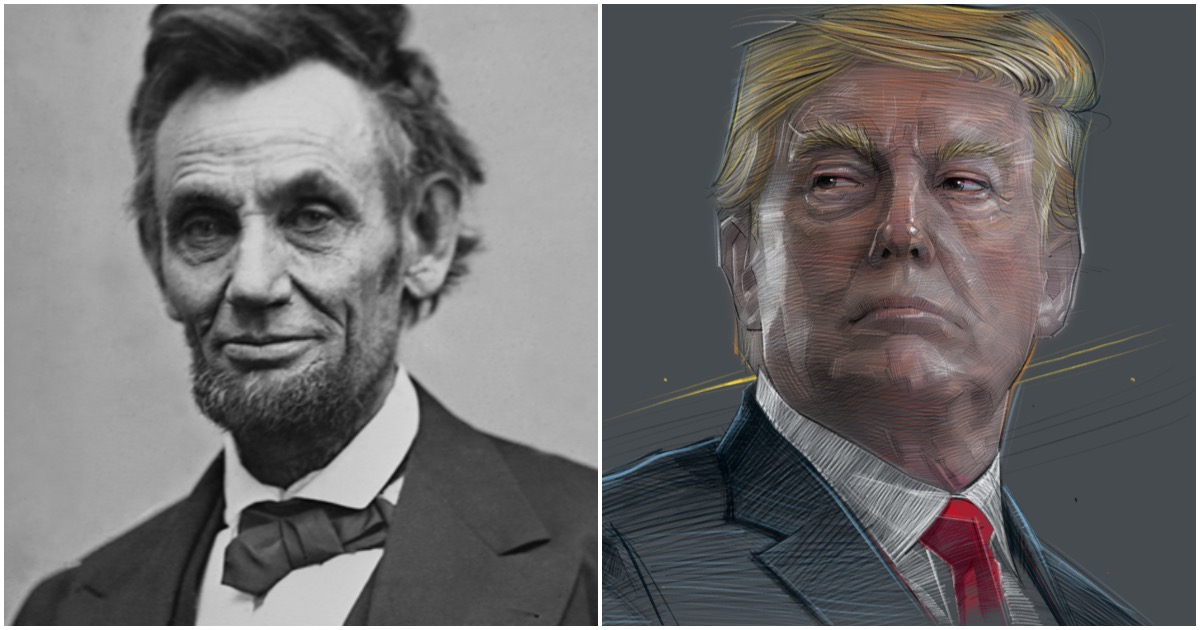 Don’t think about it, just answer: who is the better president? Abraham Lincoln or Donald Trump? If you’re a Republican and you said Trump, you would be in the majority.

Does that seem weird? Maybe. Maybe not. Here’s what’s up, via The Hill:

A majority of Republicans say President Trump is a better leader than former President Lincoln, according to this week’s Economist/YouGov weekly tracking poll.

Fifty-three percent of Republicans said Trump was a better president than Lincoln, while 47 percent chose the Civil War-era leader.

Lincoln still overwhelmingly beats Trump among all Americans, 75 percent to 25 percent, with the vast majority of Democrats and independents choosing the former president.

In a two-part Twitter video, pro-Trump actor Jon Voight made it clear that he believes Trump is the greatest president since Lincoln.

Voight noted, “I know that you’ll agree with me when I say that our president has our utmost respect and our love. This job is not easy for he’s battling the left and their absurd words of destruction. … Our nation has been built on the solid ground from our forefathers and there is a moral code of duty that has been passed on from President Lincoln.”

AOC Upset That ICE Is ‘Now’ Setting Up Fake Universities, Forgot It Started Under Obama