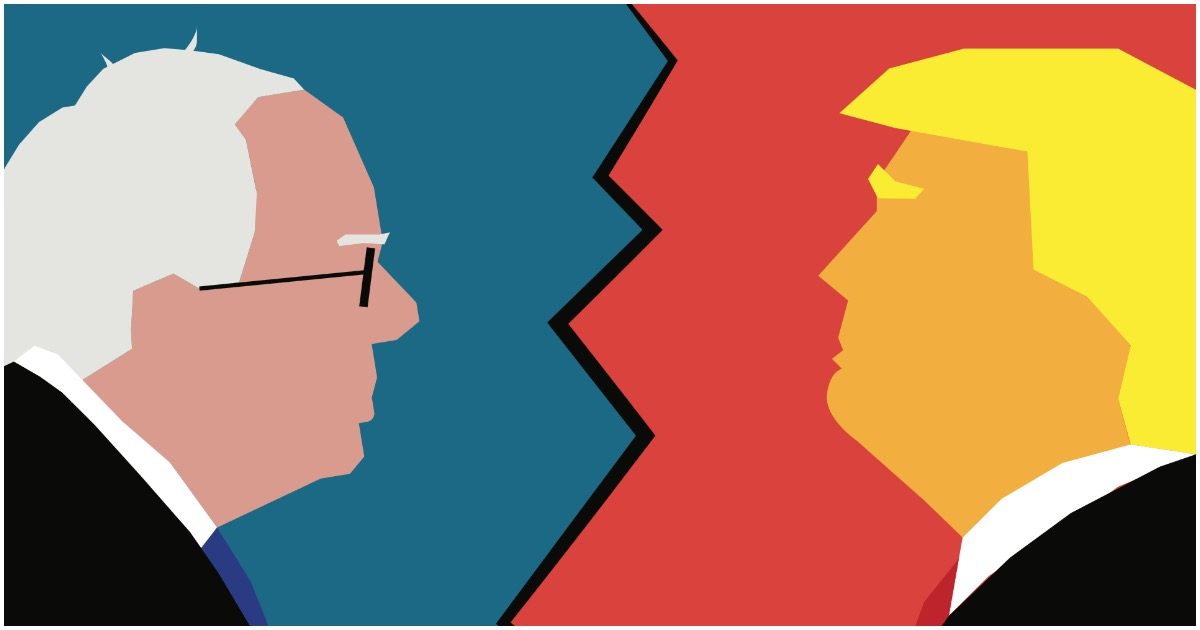 For America to keep on winning, President Trump must remain in office. If implemented, Bernie Sanders’ policies would wreak havoc on the United States in what would most likely be an unprecedented fashion.

Based on a new poll from Rasmussen, conservatives’ fears can subside for now. Trump beats Bernie head-to-head. Here’s the scoop, via Breitbart:

President Trump beats Democrat-Socialist Bernie Sanders by 50 percent to 43 percent, according to a poll released Wednesday by Rasmussen Reports.

Rasmussen, one of the most accurate pollsters of the 2016 presidential election, surveyed 1,000 likely voters February 24-25. This poll has a margin of error of 3 points.

Trump will need every single vote he can get next November. That goes without saying, obviously.

But it’s even more true when Hollywood and the mainstream media continues to campaign hard against him.

Two major polls from November 2019 have released some stats that will have Democrats retreating to their safe spaces like nobody’s business.

If Bernie somehow magically becomes president, he plans to categorically destroy the greatest nation that ever existed.