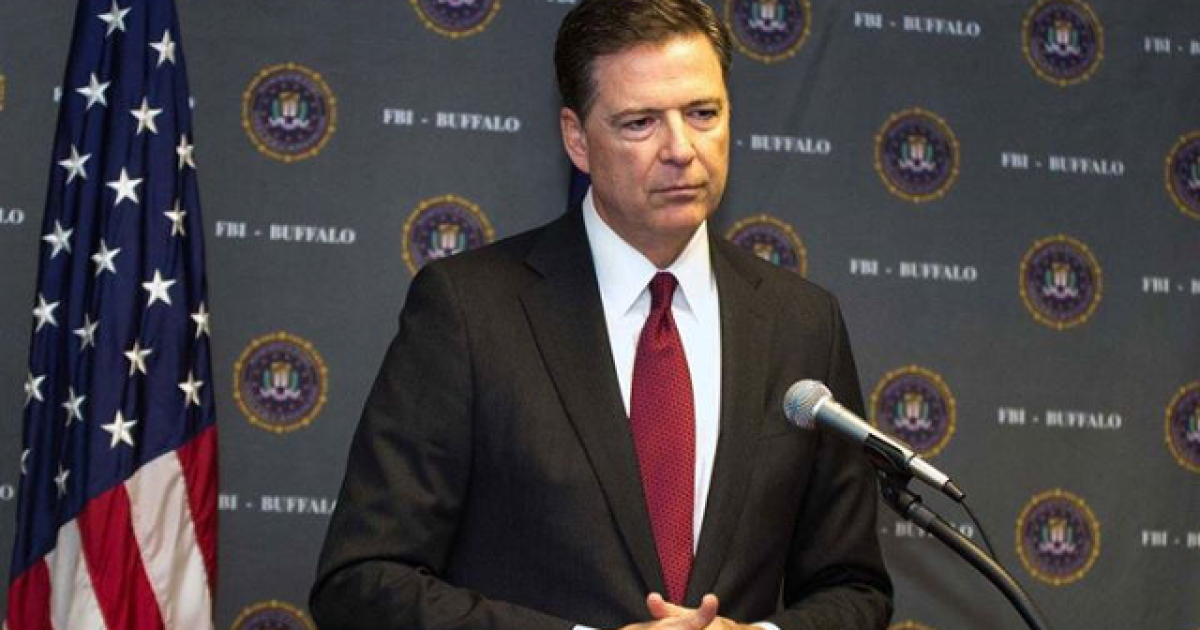 A brand new report full of bombshells has been dropped by RealClearInvestigations’ Paul Sperry, which presents some rather compelling evidence to suggest that former FBI Director James Comey prematurely closed the investigation into Hillary Clinton, based on his political motivations and told a big fat lie when he claimed to have reviewed all of the communications found on the laptop of Clinton’s aide Huma Abedin and hubby Anthony Weiner.

Whew! That was a mouthful, right?

Anyway, this could be very bad news for Comey, and in all honesty, he deserves whatever might happen next.

Sperry notes that many wondered aloud at the time how the FBI could have possibly reviewed hundreds of thousands of emails in a matter of weeks. It turns out, Sperry explains, that they simply didn’t. In fact, evidence suggests they didn’t even come close, despite Comey’s assurances that they’d fully reviewed the communications:

Comey later told Congress that “thanks to the wizardry of our technology,” the FBI was able to eliminate the vast majority of messages as “duplicates” of emails they’d previously seen. Tireless agents, he claimed, then worked “night after night after night” to scrutinize the remaining material.

But virtually none of his account was true, a growing body of evidence reveals.

In fact, a technical glitch prevented FBI technicians from accurately comparing the new emails with the old emails. Only 3,077 of the 694,000 emails were directly reviewed for classified or incriminating information. Three FBI officials completed that work in a single 12-hour spurt the day before Comey again cleared Clinton of criminal charges.

Sperry points out that even that “extremely narrow” review of just a small fraction of the emails found that classified information was being either sent or received via Clinton’s unauthorized, unsecured private server.

“Contradicting Comey’s testimony, this included highly sensitive information dealing with Israel and the U.S.-designated terrorist group Hamas,” Sperry reports. “The former secretary of state, however, was never confronted with the sensitive new information and it was never analyzed for damage to national security.”

Sperry reports that important parts of the investigation remained open when Comey prematurely declared that the case was wrapped up in front of Congress ahead of the election.

This is a pretty huge development, one that could have some serious implications for Comey and anyone else who might have been attempting to help Hillary Clinton pull out a victory over Donald Trump.

At this point in time, you have to wonder how it makes these folks feel to know that, despite sinking to all-time lows, they were still not able to prevent the inevitable from happening. What must it be like for them to wake up each morning and look in the mirror, knowing that they broke the law to try and push Hillary over the edge, and still lost.

And now that might be held accountable for it. Do they honestly think it was worth it?

Dennis Quaid Set to Play Ronald Reagan in New Movie. Here’s What He Said About Playing the Role

Wondering How Much the Bible Really Impacts Modern-Day Culture? The Answer Might Surprise You