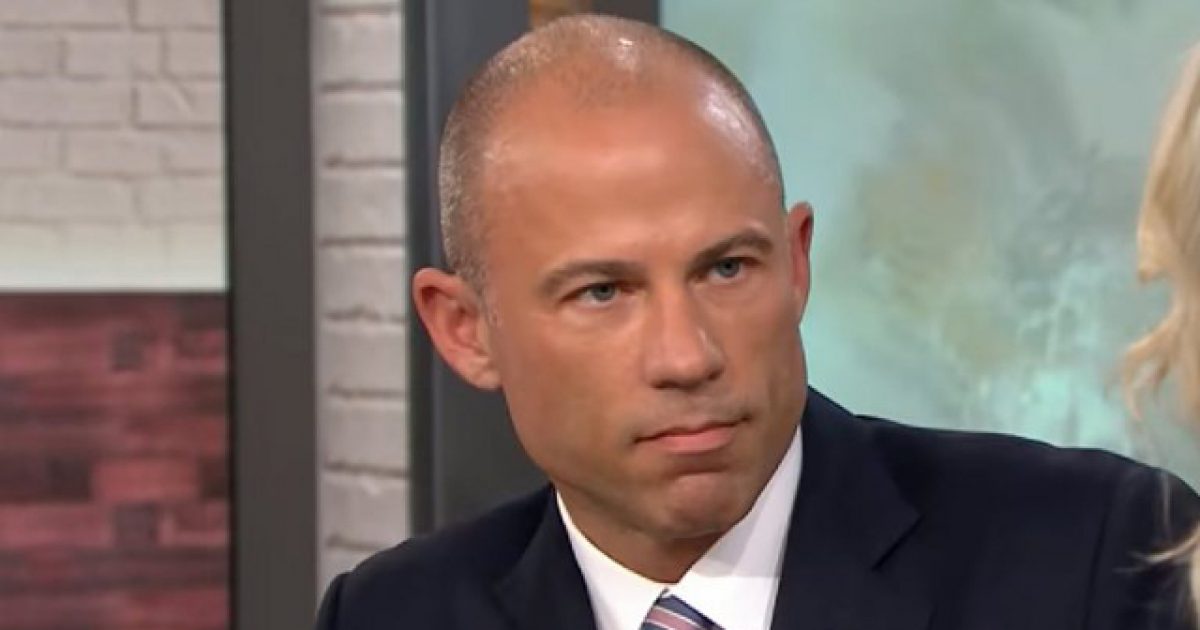 Stormy Daniels’ attorney Michael Avenatti, the man who fought tooth and nail to bring down Justice Brett Kavanaugh during his confirmation hearing, is now having a bit of his own dirty laundry aired out in public, and if it’s true, it’s not looking good for him at all.

Apparently, according to a new report, Avenatti, who has noted presidential aspirations for the 2020 election, owes more than a million dollars to the IRS. However, despite his unfathomable tax bill, he’s still living large.

Tax liens filed in Orange County also show that Avenatti has personally owed at least $1.2 million in federal taxes on top of the corporate debts. One lien, filed in February 2018, was for $308,396, while another filed in August 2015 showed a balance of $903,987. The Daily Beast did not find records showing the liens were released, but Avenatti claims both debts were “fully paid.”

A review of court documents reveals that Avenatti, his former law firm Eagan Avenatti, and his former company Global Baristas, the majority owner of the Seattle-based Tully’s coffee chain, have owed millions in unpaid federal and state taxes in Washington and California, as well as hundreds of thousands in past-due rent to landlords.

Although Avenatti has claimed to The Daily Beast that he divested his interest in Eagan Avenatti within the last 12 months, adding, “None of those obligations are my responsibility,” in July, when he offered a filing in Eagan Avenatti’s bankruptcy case, he stated, “The simple fact is that I have an ownership interests [sic] in two separate law firms. One is EA. The other is not. I maintain both of my office [sic] at EA’s Newport Beach office.”

The Daily Beast noted, “Avenatti testified at a July 25 bankruptcy hearing (from which the media was barred) that Avenatti & Associates now owns a 100 percent stake in Eagan Avenatti, according to documents filed in Frank’s case.”

According to Lisa Storie-Avenatti, Avenatti’s former wife, she and her former husband had a multimillion-dollar home in Newport Beach, traveled overseas and domestically on private jets, and owned a number of exotic cars. She stated:

Petitioner and I enjoyed a very extravagant marital lifestyle. In October 2011, we bought a home in Laguna for $7.2 million and sold it in September 2015 for $12.6 million. We traveled extensively throughout the world, and, when not flying privately, we always flew business class and stayed at five-star hotels … I had unfettered use of credit cards that were in my name. My American Express bill was historically on average of $60,000 to $70,000 per month, and was paid in full each month.

Storie-Avenatti has also claimed that the now infamous attorney had a full-time pilot that he paid a whopping $100,000 a year to fly his two private jets, both estimated to be worth $9 million.

Hilariously, Avenatti has stated that he’s not sure if he would release his tax returns if he ran for president in 2020.