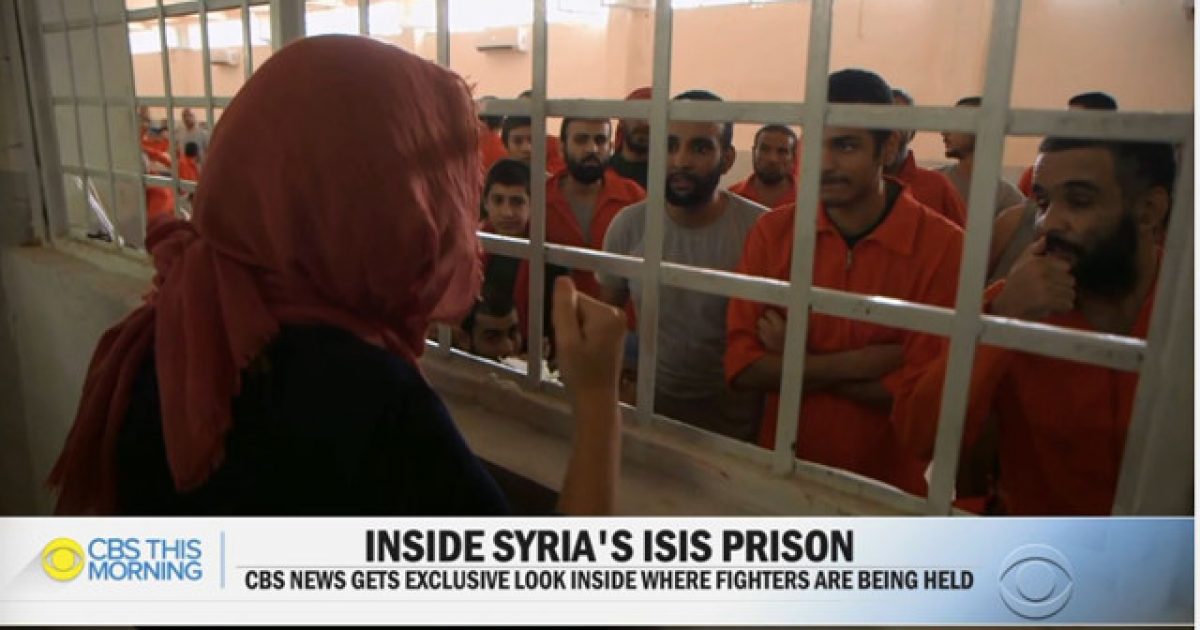 A CBS reporter recently visited a Syrian prison that was chock full of deplorable, disgusting members of radical Islamic terrorist group ISIS, which obviously wasn’t much of a story, but what else she found there is making headlines all across the country, and for good reason.

Apparently, several of the prisoners she encountered claimed to be ISIS members from America who want to come back home. Yeah, don’t mean to burst your bubbles, guys, but that’s a no from us over here.

When he was questioned by CBS News foreign correspondent Holly Williams, prisoner and accused ISIS fighter Lirim Sylejmani told her he was from Chicago.

“The choices that I made, in somebody’s eyes, the wrong choices, so I face jail time,” he told Williams.

He also said that he “just wanted to live under Islamic law” and did not think he had done anything wrong. He added that he wanted to return to the United States, even though he knew that he would likely be put in prison there as well.

In another case, a 7-year-old prisoner who claimed to be from New York City told Williams that he had been brought to join ISIS by his parents.

A seven-year-old child? Seriously? Many of you reading this have a kid this age in your home. Think about that sweet, young boy or girl being a member of a radical terrorist group, so full of hate, anger, and violence they would be willing to murder others.

That’s the kind of monsters that belong to ISIS. The kind who take away a child’s innocence and brainwash them into becoming soldiers in a war that is about nothing more than world domination and spilling blood. It’s so tragic.

However, no one should be allowed back over here. Period. Once you’ve been busted over there and are in prison for joining one of these groups, that’s where you stay.

It’s quite telling though, to see that even the conditions of our prisons are a step up from the hell going on over there. That really speaks volumes, doesn’t it?

Also, let’s thank God that Obama’s not in office. He would no doubt be working around the clock to bring these people back stateside.