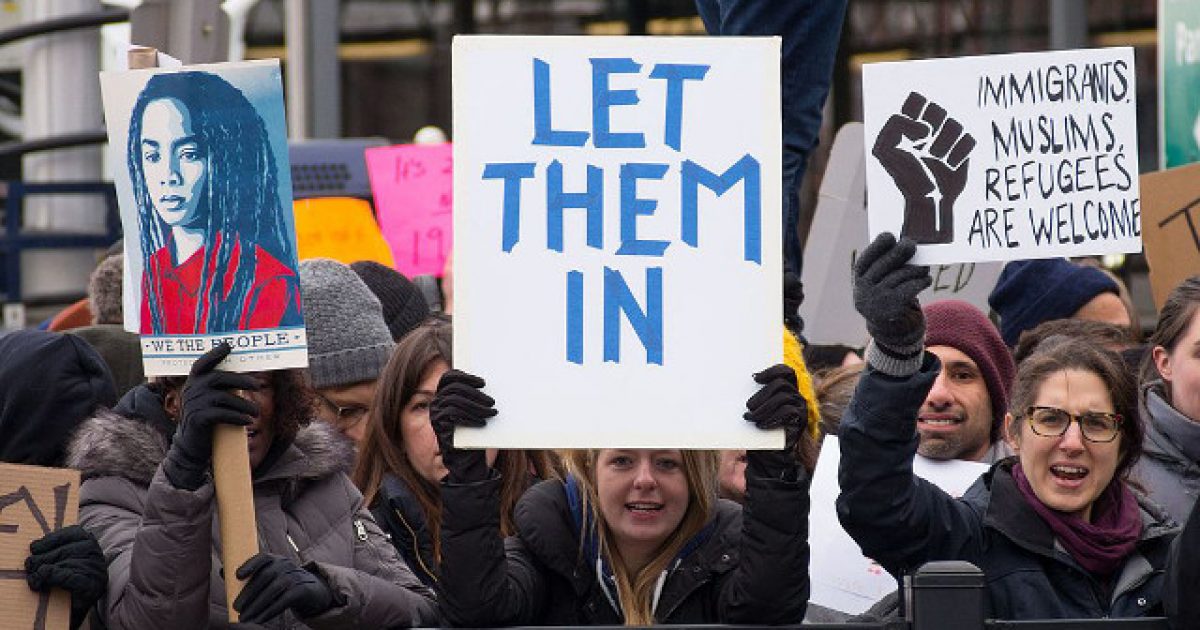 According to a new report from the Federation for American Immigration Reform, nearly half of all Americans are now living under sanctuary policies that help protect illegal immigrants from law enforcement.

FAIR calculated that 564 states and municipalities refuse to cooperate with federal immigration authorities on some level, a number that has climbed by more than 200 since Donald Trump was sworn into office. This number is up a whopping 500 compared to where it was ten years ago, when there were only 40 sanctuaries.

Entire states such as California, Illinois and New York are now sanctuaries, as well as major cities and counties such as Fairfax, Montgomery and Prince George’s counties and the District of Columbia in the capital region, according to the list.

Combined, the sanctuaries on FAIR’s list cover 49 percent of the country’s population, The Washington Times calculated.

“This is just an astounding and a dramatic surge of sanctuary jurisdictions,” said Bob Dane, executive director at FAIR. “They’ve doubled in just two years, and if you game that out, if the exponential growth continues, it’s not going to be long before it’s accurate to say the U.S. is a sanctuary country.”

At this point in time there is no official, universal definition of what constitutes a “sanctuary,” but FAIR counted any jurisdiction that banned police or officials from inquiring about a person’s immigration status, forbids communication with U.S. Immigration and Customs Enforcement, or refuses to hold deportees for pickup by ICE.

The uptick in sanctuary cities started under the Obama administration, as an average of three new sanctuaries popped up per month during the eight years he was in office. Under the current administration we’re seeing close to 16 pop up per month.

As you might expect, California has the most number of sanctuaries, sitting at 130, with 80 of those being brand new, an obvious nod to the blatant anti-Trump sentiment coming out of the West Coast.

This is not only wrong, as it violates federal law to protect our borders and by extension, our sovereignty as a nation, but it’s also dangerous.

Many of the illegals coming across the border have lengthy criminal records, having worked for various cartels and gangs. Just look at the sheer number of arrests that have happened lately involving illegals. A vast majority have a rap sheet.

Here’s the simple reality of this situation. Our nation is like the house where all of our states and local neighborhoods live. You don’t simply allow a bunch of random strangers into your home, because these individuals could have evil intentions in mind. Instead, you lock the door.

We need to lock the door of our country. That’s it. The whole issue in a nutshell. Now if only the left could grasp this.