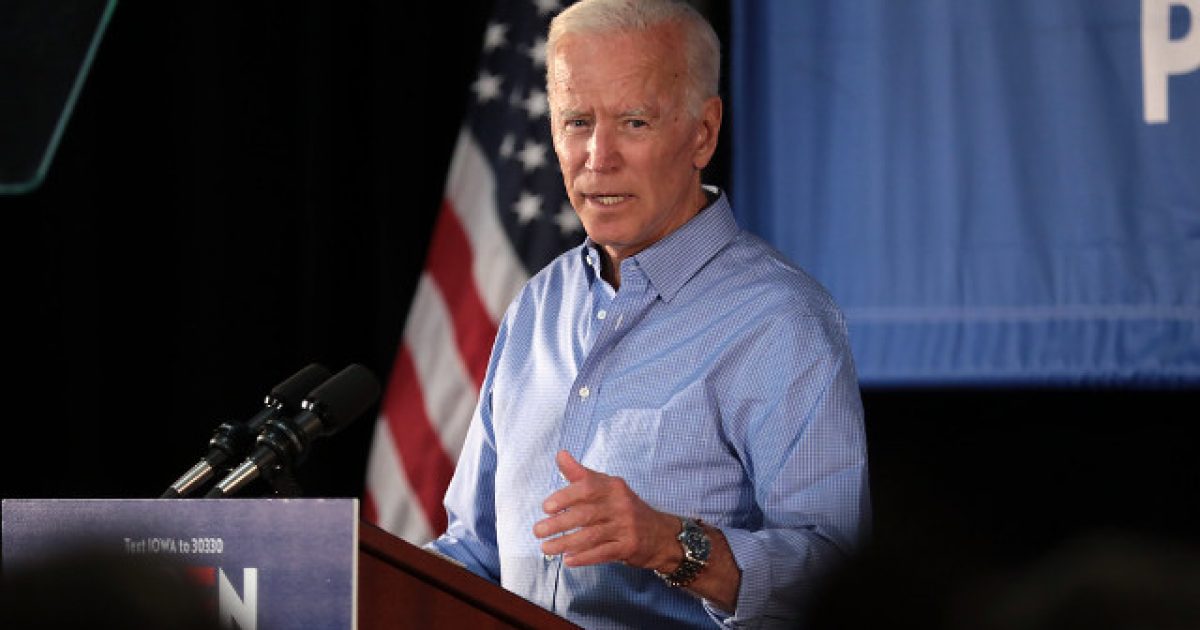 When you take a good look at the Democratic Party’s talent pool for the upcoming 2020 presidential election, it becomes clear pretty quickly they are scraping the bottom of the barrel.

Former Vice President Joe Biden is currently the party frontrunner and given the massive number of gaffes he’s already had on the campaign trail, it’s pretty obvious he’s a really bad choice. The man is simply clueless.

And don’t think this has gone unnoticed by his own people. It hasn’t. In fact, his closest allies are thinking of limiting his public speaking engagements to avoid any more verbal slip-ups.

“Allies to Joe Biden have been floating the idea of altering the former vice president’s schedule in an effort to reduce the gaffes he has made in recent days,” reports The Hill. “The allies, growing increasingly nervous about Biden’s verbal flubs, have said it’s an approach that’s been suggested to campaign officials on the heels of the former vice president’s stumbles.”

Indeed, Biden has practically been making a gaffe a week at this stage in the game. Last week alone, the former vice president committed two gaffes in just under 24 hours when he told a crowd of supporters he values “truth over facts” and then later told the Asian and Latino Coalition PAC “poor kids are just as bright and just as talented as white kids.”

“We should challenge these students, we should challenge students in these schools and have advance placement programs in these schools,” Biden told the Asian and Latino Coalition PAC, in comments reported by Fox News. “We have this notion that somehow if you’re poor, you cannot do it. Poor kids are just as bright and just as talented as white kids.”

Boy, that last one is a real doozy, isn’t it? Goodness. Imagine if a conservative let that bad boy slip out? The left would be crucifying said individual all over the media, slapping them with a “R” on their shirt like it was the “Scarlet Letter.”

The “R” stands for racist instead of an “A” for adultery. You get the picture.

Anyway, Biden and Trump wouldn’t be much of a match up. Trump would destroy him, but boy would those debates be entertaining!