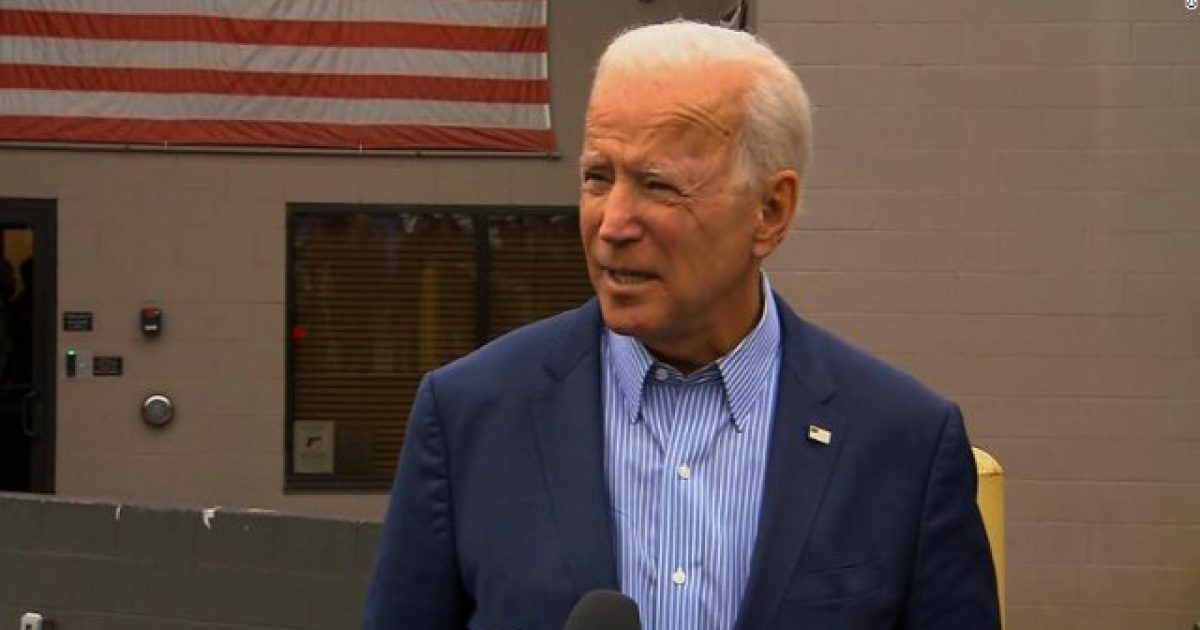 One of the biggest strongholds that former Vice President has been able to count on for votes in the upcoming Democratic presidential primary is South Carolina, however, it seems that there might be some signs popping up that indicate not all is well with his support there.

Biden’s support in states like Iowa and New Hampshire has also slipped a bit, leaving him behind Massachusetts Sen. Elizabeth Warren in the polls, which means potentially losing South Carolina could be a serious blow to his campaign efforts.

An October Post and Courier-Change Research poll found Biden’s support among likely Democratic primary voters in the state slipped to 30% from 36% in August, while Warren’s increased from 17% in August to 19%, and South Bend, Indiana, Mayor Pete Buttigieg increased from 5% to 9%. Biden’s 11-point lead over Warren in the poll is down from a 31-point lead in May.

Biden’s team has tempered expectations for winning the Iowa caucuses and the New Hampshire primary, the first two nominating contests in the country, instead turning attention to South Carolina, the fourth state to vote, and to picking up delegates in Super Tuesday states.

The former vice president retains strength in South Carolina in part because of his support among black voters, which make up a majority of Democratic primary voters in the state. Biden led California Sen. Kamala Harris, who is of Jamaican and Indian descent, by 21 points in the Post and Courier October poll.

South Carolina resident and Department of Veteran’s Affairs employee Price Crosby, 38, gave her thoughts as to why Biden was losing support during an event for Elizabeth Warren.

One of Biden’s campaign aides recently stated that the former vice president will be focusing on his efforts on picking up DNC delegates in Super Tuesday states instead of winning New Hampshire and Iowa.

However, Biden himself has said he has no plans to change up his style due to falling behind Warren.

“She doesn’t affect my strategy, period,” Biden said, speaking to the Associated Press on Saturday. “And I’m not being facetious. I think she’s a fine person, a good candidate, but I didn’t get involved in deciding to run because of polling or a particular strategy.”