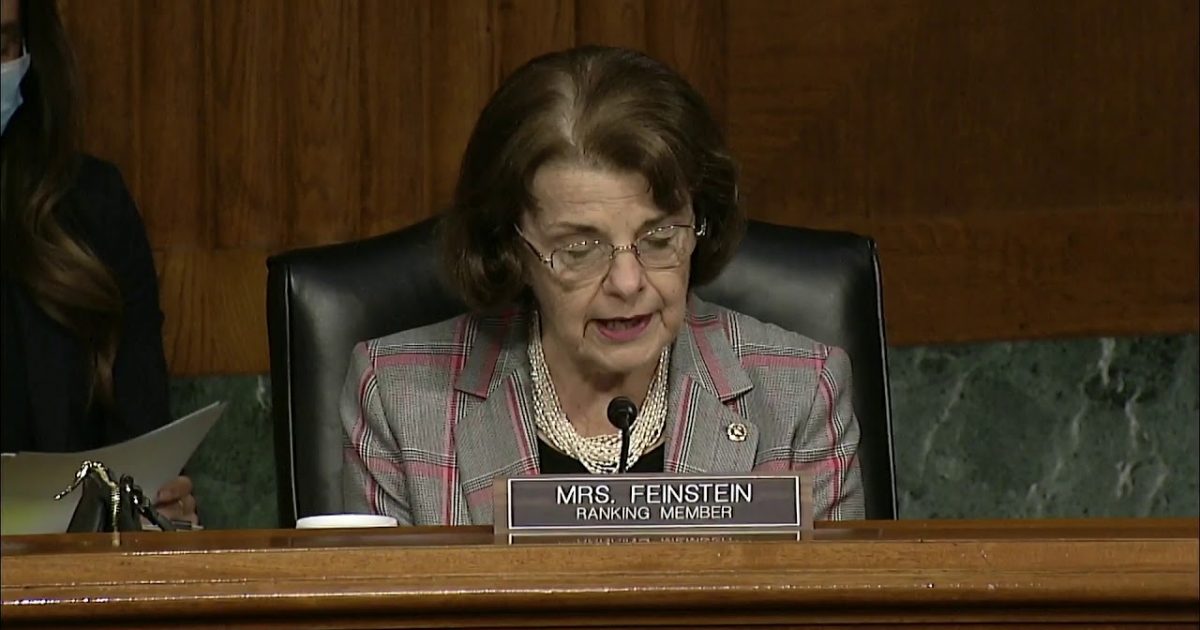 Jane Mayer, a staff writer for the New Yorker, published a story on Thursday, citing several individuals with very close ties to California Sen. Dianne Feinstein, who are saying that her cognitive decline has been “evident for several years.”

Individuals close to the senator spoke with the New Yorker saying Feinstein, who is 87, has been “seriously struggling” noting her short term memory “has grown so poor that she often forgets she has been briefed on a topic, accusing her staff of failing to do so just after they have.”

You know who else is in cognitive decline? Joe Biden. Yet the Democratic Party refuses to acknowledge that and answer questions legitimately concerning his fitness for office.

Feinstein, who was first elected in 1992 as one of California’s first two female senators, has mostly stayed out of the limelight until the Judiciary Committee hearing flub.

The senator announced on Nov. 23 that she would not seek reelection to keep her role as the top Democrat on the committee after receiving criticism over her handling of Supreme Court Justice Amy Coney Barrett’s confirmation.

Former aides told Mayer that rumors of the senator’s cognitive decline are exaggerated, while others familiar with her situation say it has been ongoing and that she gets upset when she forgets something.

“The staff is in such a bad position,” a former Senate aide said to Mayer. “They have to defend her and make her seem normal.”

Another aide who worked for a different Democratic senator spoke with Mayer noting that Feinstein is “an incredibly effective human being, but there’s definitely been deterioration in the last year. She’s in a very different mode now.”

While not denying that Feinstein has some cognitive decline going on, the real question that needs to be asked here is why this same standard doesn’t apply to Joe Biden?

Of course, we as conservatives already know the answer to this, but it would be nice to hear it from the horse’s mouth.

The reality is, they don’t care if Biden has cognitive issues. All they care about is defeating Trump. As long as they can accomplish that, they’ll be happy. After all, Biden can always step down if his health is failing.

That would turn things over to Sen. Kamala Harris. This might have been the strategy all along.

Andrew Cuomo, Whose Coronavirus Policies Killed Thousands In Nursing Homes, Given Award For Handling Of Pandemic