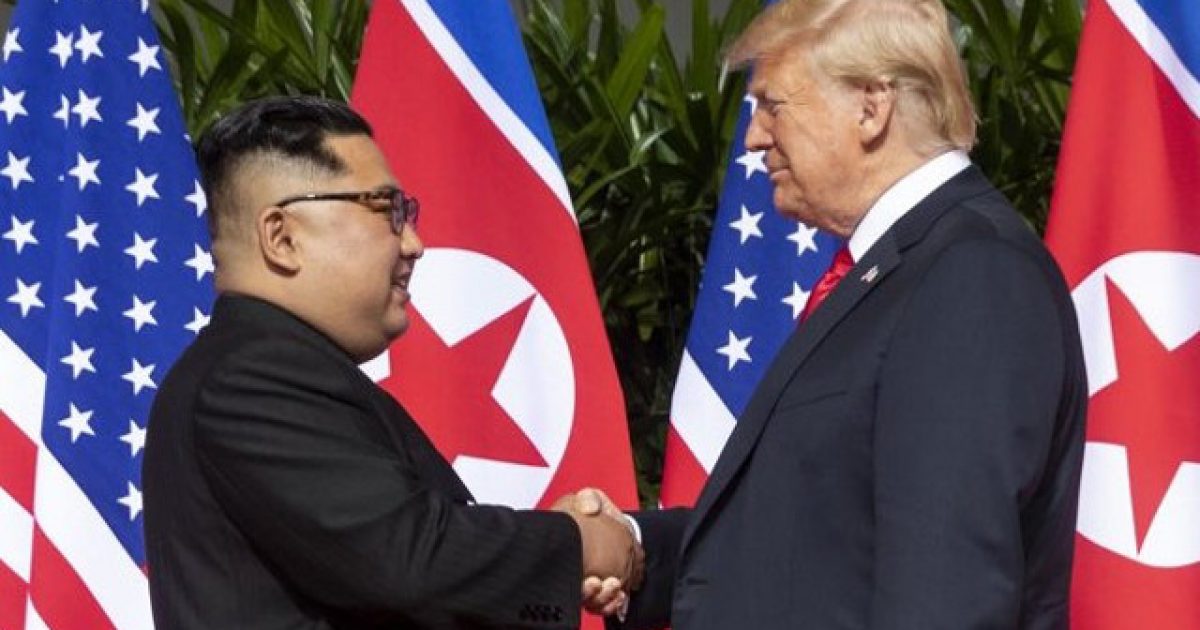 New reports are indicating that North Korean dictator Kim Jong Un has started the process of dismantling key missile launch sites across the country in accord with the agreement he made at the Singapore Summit held in June where he and President Trump discussed denuclearizing the Korean Peninsula.

What three previous presidents have failed to do, this man did in just two years. It’s almost too much for the mind to fathom. Donald Trump not only is president, but he’s actually getting things accomplished many others could not seem to get done. Amazing.

Satellite images from July 20 and July 22 show that the North Koreans have begun dismantling facilities at their Sohae Satellite Launching Station, which experts believe played a major role in their development of intercontinental ballistic missiles.

38 North reports that the “roof and supporting structure” of a “rail-mounted processing/transfer structure” have been partially removed as “numerous vehicles are present—including a large construction crane.”

The report states that “considerable progress has been made in dismantling the rail-mounted processing/transfer structure.”

The rail-mounted environmental shelter—which hadn’t been moved since December 2017—has been razed and removed, the older fuel/oxidizer bunkers are in the process of being razed, and portions of the test stand’s upper steel framework have been dismantled and its paneling removed.

Two days later fewer vehicles are present and the test stand superstructure has been completely dismantled, leaving only the base, which is also in the process of being removed.

This is a huge development and is a testament to the seeming respect that Trump manages to command from other leaders around the world. The fact he could successfully negotiate a deal that would denuclearize the peninsula is mind-blowing.

The real question at this point is why no previous presidents were able to accomplish this same feat? Likely this is due to the fact that Obama, Bush, and Clinton were simply not taking a hard enough stance against the work North Korea was getting involved with. President Trump might be a bit rough around the edges, but his no filtered approach to telling the truth seems to sit well with people like Kim Jong Un.

Here’s to hoping for continued success on the geopolitical stage.