The mainstream media in America has become infamous for rejecting any sort of objective standard of ethics when it comes to their news coverage, opting instead to be a propaganda arm for the Democratic Party and the progressive movement as a whole.

For a lot of folks, such a statement probably seems like a tinfoil hat kind of theory, a ridiculous claim that surely only exists on the fringes of our civilized, modern society.

These individuals would be dead wrong. A new survey has revealed that 55 percent of those surveyed believe that the media is corrupt and that they exaggerate news stories to fit a specific agenda or talking point.

According to a survey done for SeniorList, a medical device firm focused on older Americans, 55% of Americans believe that the media is “corrupt.”

The most fascinating thing about the liberal media is that they think they’re neutral. Maybe they check their journalistic objectivity at the door. pic.twitter.com/v6jyQkSsYh

In addition, many, especially Republicans, believe that the media exaggerates stories while some Democrats believe reporters minimize issues, a sign that the political polarization in media has deepened.

“Republicans were much more likely than Democrats to think the media overblow issues on a large scale, indicating a more conservative trend of questioning the mainstream media,” said the survey analysis, citing Russian interference in elections, the treatment of illegal immigrants at the border, and racism. 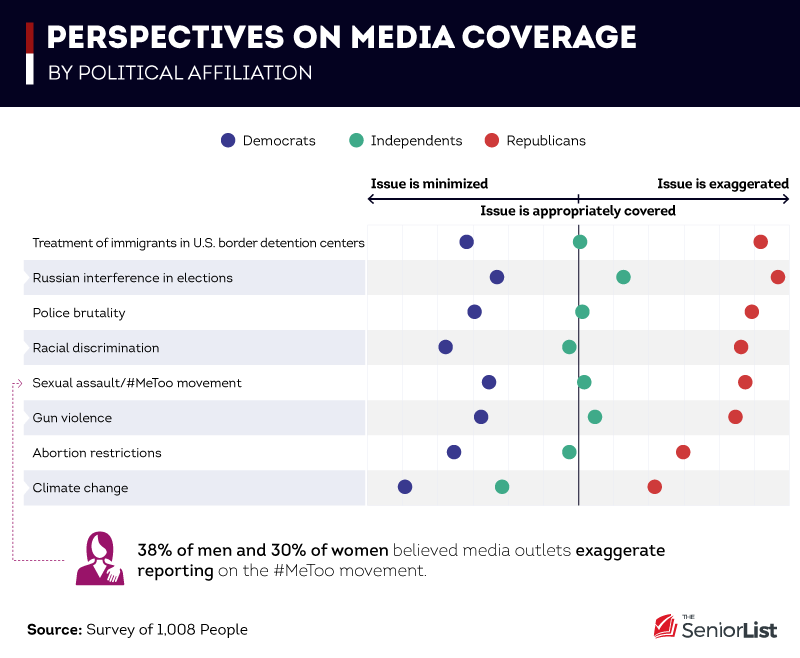 “The repetitive programming on networks and websites and the emphasis of the media to pump the news cycle with the same stories can create burnout, causing many to question the overall quality of the news,” said the survey analysis.

The survey concluded that the answer to all of this is to get your news from sources and check facts out for yourself.

It also suggested readers learn to be aware of the bias in modern reporting and to read up on which websites have a high bias in their news coverage, whether left or right.

They also recommend fact-checking the news you consume, even if it is from a trusted source. Also, when watching opinion-based programming, don’t buy into everything that is said, remembering they have a specific narrative they want to push.