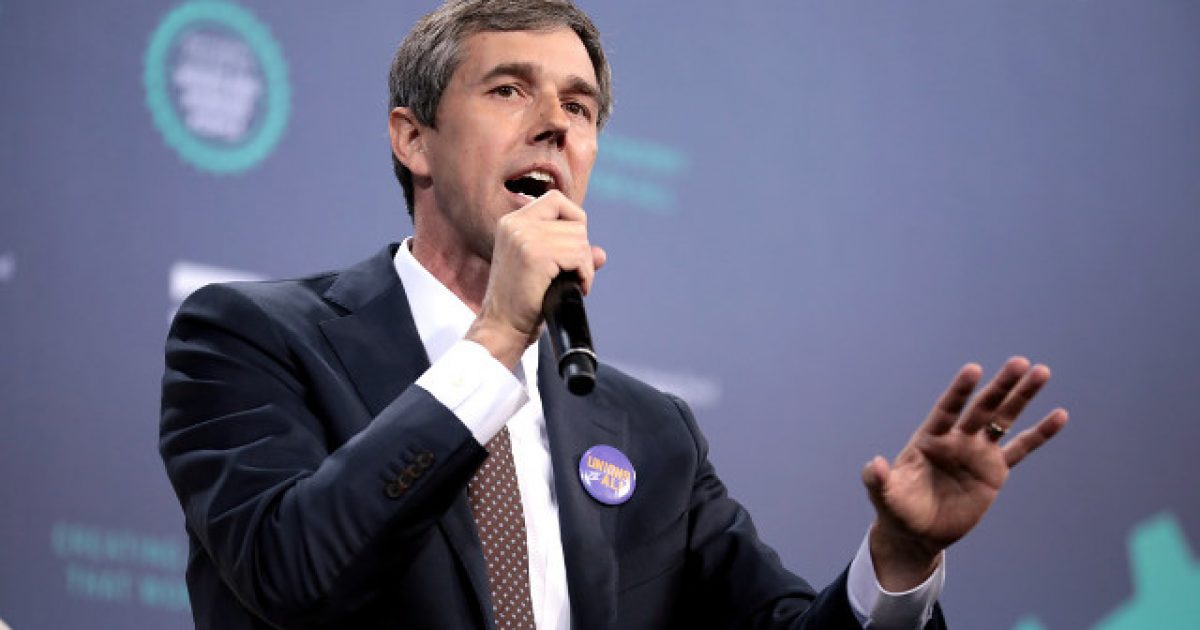 Not too long ago, failing Democratic presidential candidate Beto O’Rourke stated, in no uncertain terms, that he was all about openly confiscating citizens’ AR-15 rifles, despite the fact that owning such a weapon is protected under the Second Amendment.

Because why allow a pesky little thing like constitutional rights get in the way of desperately trying to pull ahead in the political polls right?

Well, a new video is out on the Internet that seems to suggest that Beto himself is open to grabbing up all semi-automatic firearms.

Evan Todd, a survivor of the Columbine shooting, confronted O’Rourke in Aurora, after arriving an hour late to the event.

Todd is actually a supporter of the Second Amendment, despite having been shot and wounded at the tragedy in Columbine, and wanted to know just how far O’Rourke was willing to go on gun policies.

“Don’t you think it’s time to get rid of all semi-auto firearms?” Todd asked.

O’Rourke, who at one point said that if he was elected that he would be removing firearms from people’s “homes,” responded by saying that he wanted input from Todd about what types of weapons he thinks should be banned.

Several minutes later, after the event ended and O’Rourke moved inside to answer questions from reporters, a reporter asked O’Rourke if he would be open to adding “additional classes” of firearms to his ban and confiscation plan.

“Yeah, I want to listen to him,” O’Rourke responded. “If there’s a way to improve what we have proposed, I want to make sure that we are reflecting that.”

Tonight, a man shot at Columbine HS asked @BetoORourke why he isn't calling for a ban on ALL semiautomatic weapons. Beto offered this to reporters: "If there's a way to improve what we've proposed, I want to make sure we're reflecting that." pic.twitter.com/VIR8eWMz5h

Beto has another thing coming if he thinks for one minute that the American people are just going to let him waltz into their homes and confiscate their guns.

First off, this dude is bona fide nutjob. Secondly, he has zero chance of becoming the president. Zero. His own party doesn’t like him, his support is almost non-existent, and Trump is a super force to be reckoned with. He’s not going to the White House any time soon.

Secondly, the Second Amendment is designed so we can have the means of defending our rights against oppressive government and to ensure we can protect our lives and property. This seems to be the part Beto doesn’t get.

Folks aren’t going to let go of that right. We all know the collapse that is inevitable if we do. The government then has free reign to do what they want, and that’s far more dangerous than the threat posed to us by mass shooters.