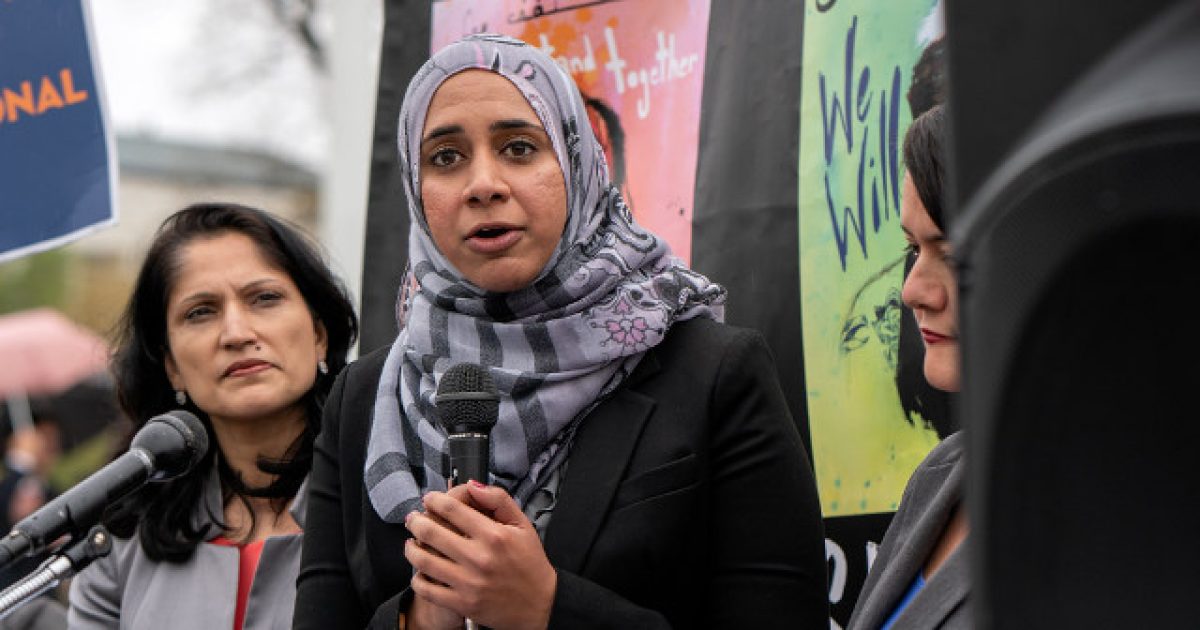 There seems to be something about the Women’s March that’s a beacon for individuals who just love to hate Jews and Israel.

In fact, the group’s latest board member was only on the job two days before being booted after anti-Semitic tweets were discovered on her Twitter profile.

Hmmm. Really does make you wonder. Why do these kind of people gravitate toward this group?

On Monday, The Washington Post reported that inaugural co-chairs Bob Bland, Tamika Mallory and Linda Sarsour had stepped down from their positions at the organization, noting that the trio had “been dogged by accusations of anti-Semitism, infighting and financial mismanagement.”

Conservative news outlets were quick to point out that many in the 17-member board replacing the former leaders were no better, and exposed an array of anti-Semitic tweets and messages expressing support for black nationalist Louis Farrakhan.

One of the new board members was Zahra Billoo, the executive director of the Council on American-Islamic Relations. The Washington Examiner reported that Billoo’s Twitter feed was “filled with anti-Zionist tweets, which the Anti-Defamation League has deemed ‘anti-Semitic.'”

On Wednesday, Billoo revealed that she had been voted off the board of the Women’s March, following “an Islamophobic smear campaign.” She went on to slam the organization for letting her go, saying “it has effectively said, we will work on some women’s rights at the expense of others.”

So wait a minute. Is she really going to play the victim card here? It certainly seems that’s what she’s doing.

It’s kind of hard to garner any sort of sympathy for a person trying to claim they are the victim of some sort of hate and racism, when they themselves have been engaged in heinous acts of hatred themselves.

Perhaps the left needs to stop walking in lock-step with anti-Semites if they want to be taken seriously as the party of equality?