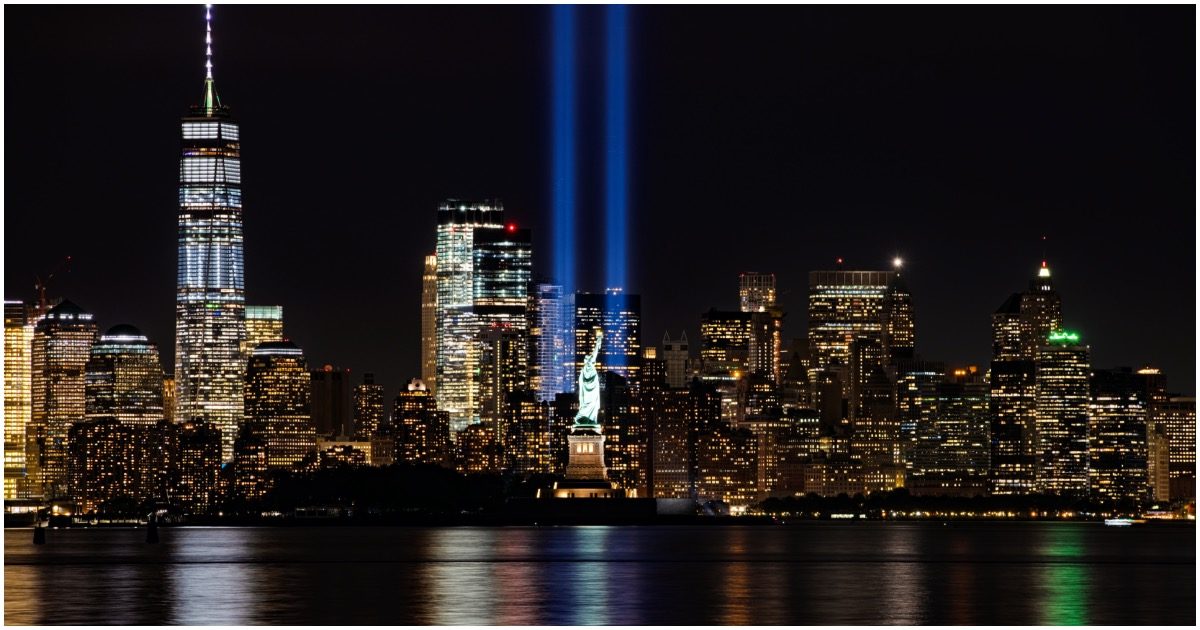 In the moments, weeks, months, and years following the dastardly September 11th terrorist attacks in New York, Washington, and Pennsylvania, our nation vowed, collectively, never to forget what had happened.

This was far and away the most devastating attack on American soil since Pearl Harbor, and likely ever. The sheer horror of the event was enough to burn it into the minds of all of those who were alive to witness it, with Americans forever remembering when and where they were when it occurred – much like the decades-old trope surrounding the JFK assassination.

But now, in the midst of a global pandemic, NYC is now allowing 9/11 to take a backseat…and many Americans are simply furious.

NYC mayor @BilldeBlasio says that the 9/11 memorial lights in memory of the 2,606 New Yorkers, including 343 firefighters, won’t shine this year, because it is too dangerous for the electricians to work together to connect the lights due to COVID-19 social distancing rules. pic.twitter.com/NugFWv3PRS

What an absolute disgrace. Looting, rioting, and mass protests are just fine im NYC, but honoring the dead of the Sept 11th terror attacks is forbidden.

It’s a real shame what’s happened to the city under its current incompetent leadership!!! https://t.co/VwJLwuOF24

Twin beams of light representing the World Trade Center towers won’t be beamed into the sky during this year’s memorial of the 9/11 terror attacks in New York City because of concerns about the coronavirus pandemic, organizers of the annual ceremony said Thursday.

Michael Frazier, a spokesman for National September 11 Memorial & Museum, said organizers were concerned about the health risks to workers who would set up the display.

“The world’s beloved twin beams of light regrettably will not shine over Lower Manhattan as part of this year’s tributes,” Frazier said in a statement.

Social media users were quick to point out a few peculiar notes about the decision.

So we can round up a hundred New Yorkers to paint a BLM mural on the streets but can't risk 30 workers to assemble the 9-11 tribute lights? pic.twitter.com/ZCsIxzU9SI

NYC Mayor Bill de Blasio personally participated in the painting of the BLM mural as well.

And then, just below the surface, another narrative was beginning to creep into the public consciousness, that perhaps city officials were concerned about showing such reverence to first responders during a time in which the Democratic Party’s base was turning so fervently against law enforcement.

This is because they don’t want to paint the police officers & first responders who lost their lives saving others on 9/11 in a positive light.

Another slap in the face to the heroes of the @NYPDnews, @FDNY, and @PANYNJ. These lights gave comfort to first responders like my mom and remind us to Never Forget.

If you can paint BLM on 5th Ave, you can illuminate the NYC skies to honor the victims of 9/11. RT if you agree https://t.co/Qwf9uebdId

It seems as though the city responsible for telling us to never forget has forgotten why.