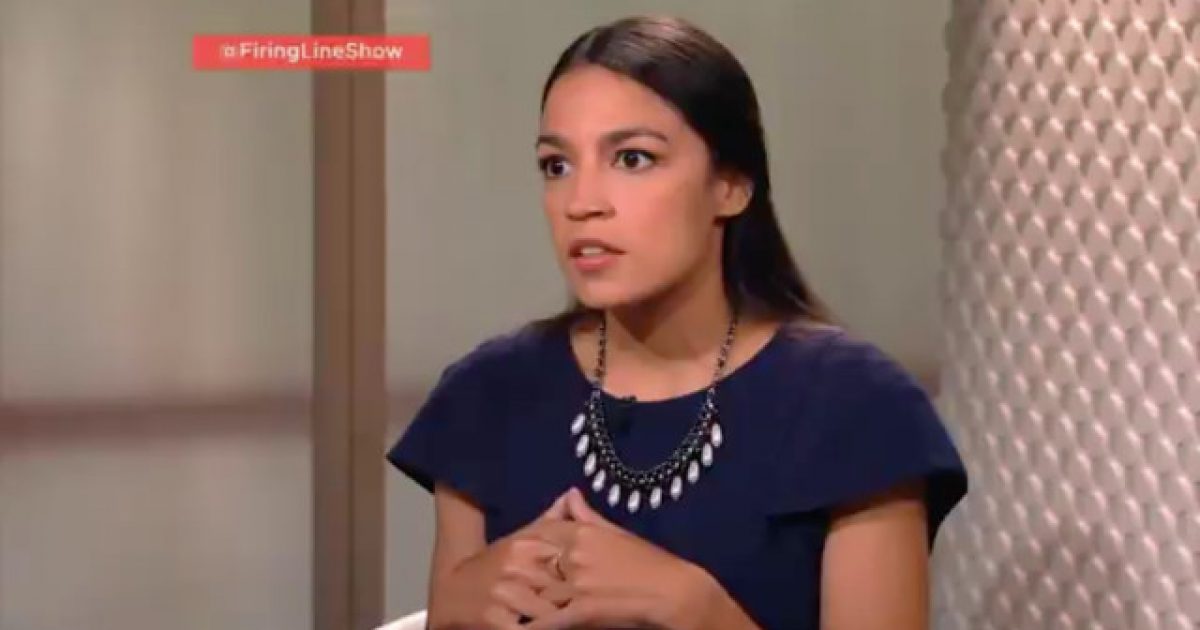 New York socialist Alexandria Ocasio-Cortez, a woman who has become the hope of the Democratic Party, recently appeared on PBS’ “Firing Line” program where she launched into a tirade against Israel, referring to them as occupiers of Palestine.

Hilariously, she later admits she doesn’t have a clue under the sun what she is actually talking about, as if that fact wasn’t clear enough to anyone with a little common sense who keeps up with current affairs.

Ocasio-Cortez’s remarks came in response to a question from host Margaret Hoover, who asked her to explain comments she made about Israel after she attacked them for defending themselves against an attack from Hamas terrorists.

Ocasio-Cortez, who called the shooting a “massacre,” said that she thinks that Israel has the right to “exist,” adding, “but I also think that what people are starting to see, at least, in the occupation of Palestine, is just an increasing crisis of humanitarian condition. And that, to me, is just where I tend to come from on this issue.”

Hoover then pressed Ocasio-Cortez, “You use the term ‘the occupation of Palestine.’ What do you mean by that?”

The 28-year-old socialist struggled, “Um… I think what I meant is … like … the settlements that are increasing in some of these areas and places where Palestinians are experiencing difficulty in access to their housing and homes.”

Hoover: “Do you think you can expand on that?”

Ocasio-Cortez fumbled, “Yeah… I mean, I think … I’d … also just— I am not the expert on geo-politics on this issue.”

When pressed on what she meant she struggled to give an answer and then admitted she does not know what she is talking about. pic.twitter.com/e3Uq1eupD3

It’s quite clear this young lady has never really thought through a number of her “policy positions,” opting instead to let the Democratic Party, her college professors, and likely her parents, do all of the thinking for her.

Parroting talking points is something commonly encountered with the left because the vast majority of folks in the Democratic Party are far too lazy to invest themselves into critical thinking and developing their own system of thought.

This, ladies and gents, is who one day — along with others of her generation — will be calling the shots while we’re all chilling in a retirement home. That should terrify you.