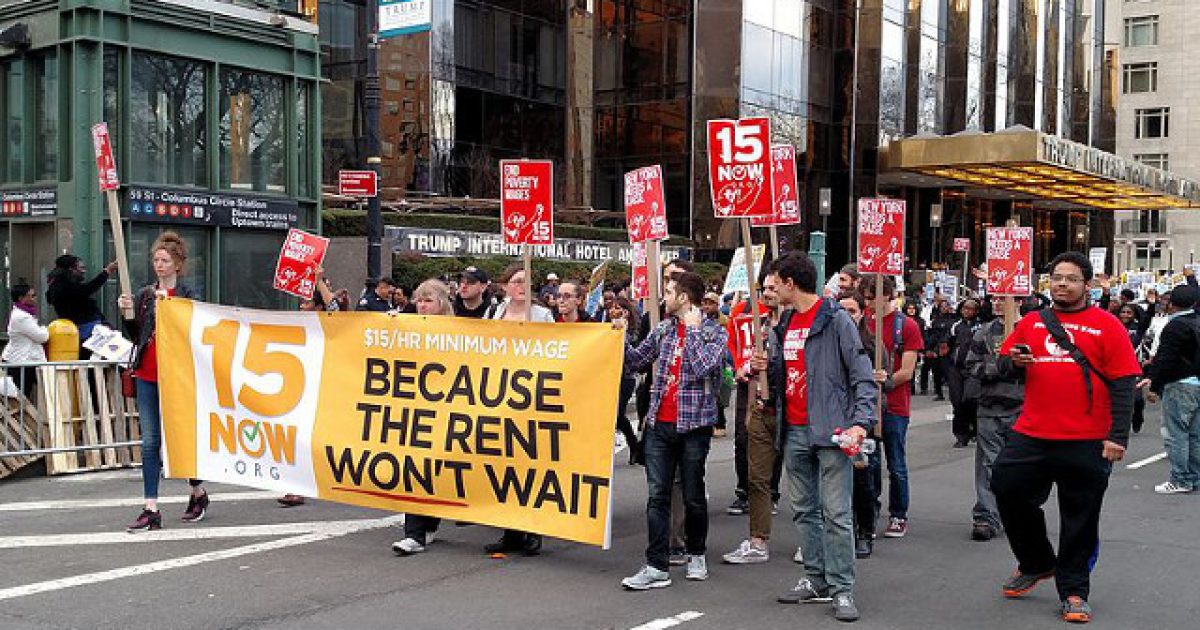 Conservatives have stated time and time again that bumping up the minimum wage to $15 an hour is a horrible idea, but it seems the left is determined to ignore basic mathematical facts and common sense in favor for appeasing their base and gaining votes in the upcoming election.

Unfortunately, for folks in New York, they’re learning just how bad of an idea this kind of hike is, thanks to legislation signed by NY Gov. Andrew Cuomo in 2016 that promised to make the state’s minimum wage $15 by December 2019.

Here’s what’s going down, via The Daily Wire:

According to The National Interest, “Roughly 77 percent of NYC restaurants have slashed employee hours. Thirty-six percent said they had to layoff employees and 90 percent had to increase prices following the minimum wage hike, according to a NYC Hospitality Alliance survey taken just one month after the bill took effect.”

Susannah Koteen, owner of Lido Restaurant in Harlem, told the Journal, “What it really forces you to do is make sure that nobody works more than 40 hours. You can only cut back so many people before the service starts to suffer.”

Folks who work in the restaurant business typically like to work overtime hours, but this is not really feasible for many establishments thanks to the hike in the minimum wage as they’re having to eliminate overtime in order to stay profitable with the extra cost.

And, of course, companies will have to start pushing this additional business cost on to customers by raising prices, which then raises the standard of living and erases any gains that were originally had by the hike in the first place.

Raising the minimum wage just creates more of the same problem they were supposed to be eradicating. It’s sad the left is so stubborn on this issue and are unwilling to look at the clear data from studies and from the mouths of business owners themselves in regard to this topic.