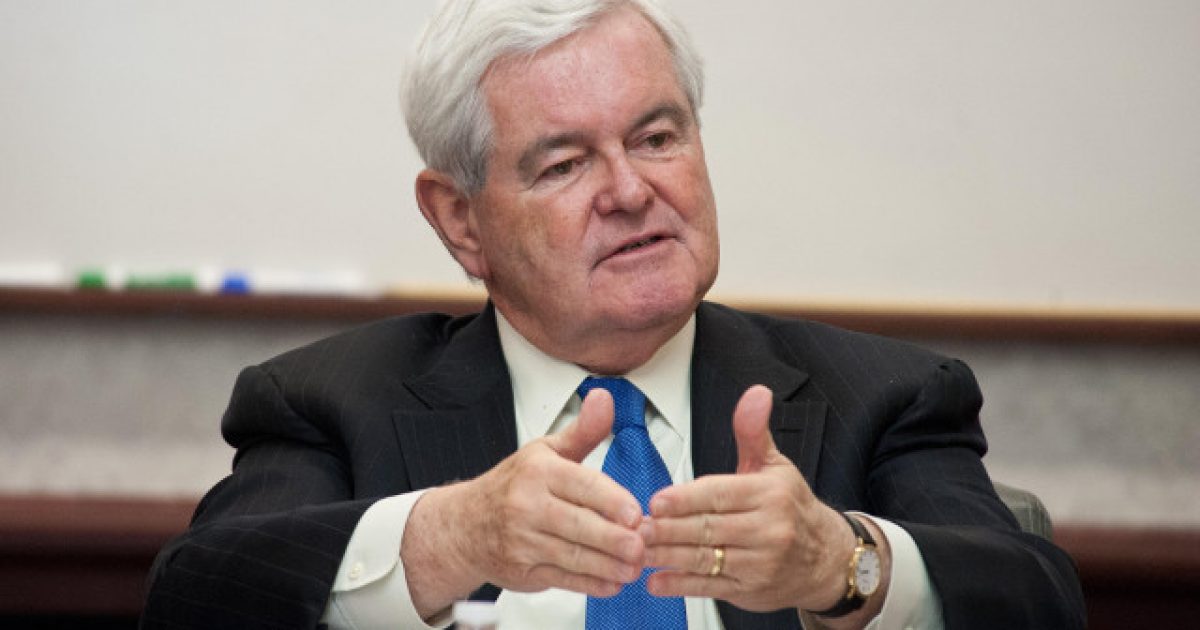 Former Speaker of the House Newt Gingrich, a big supporter of President Donald Trump believes that the current commander-in-chief will indeed have another four years in the White House, but in order for that to happen, he says there are two things that need to happen.

Here’s to hoping Gingrich is right, because the last thing this country needs is another Democrat sitting in office before our nation has a chance to rebuild itself completely after the horrific destruction of the Obama era.

Via The Daily Wire:

In an interview on “America’s Newsroom,” the former House Speaker said President Trump just needs to stay focused on the job and that the economy needs to continue succeeding if he wants to win in 2020. Beyond that, the Democrats have no chance.

“If the economy stays good and the president stays focused, he’s going to win,” Gingrich said, adding that Trump’s campaign momentum “is all predicated on just tremendous amounts of hard work.”

Gingrich noted that the president’s confidence in his ability to win will be a big factor come election day. “Deep down, I think President Trump’s pretty confident that—when it’s over—he’s going to be re-elected,” he said.

When you stop and take a look at the state of the Democratic Party right now, it seems fairly obvious that Trump is going to stomp all over who he faces off against in 2020.

You have lunatics like Sen. Bernie Sanders and failed senatorial candidate Beto O’Rourke and a creepy old white guy in former Vice President Joe Biden all in the running for the chance to go against Trump in 2020.

It’s essentially a walk in the park.

However, that doesn’t mean the president should take it easy. Quite the opposite. He needs to make sure he doesn’t underestimate his opponents and gives 100 percent effort to his re-election campaign. If he does that, it shouldn’t be difficult to pull off another victory.

If the left really wants to try and beat Trump, they need to ditch hard leftist ideology and move back to the center. Otherwise, they’re going to be taken to the woodshed once again.

FLASHBACK: Ocasio-Cortez Blames Pipeline for Oil Spill — But It Hasn’t Even Been Built