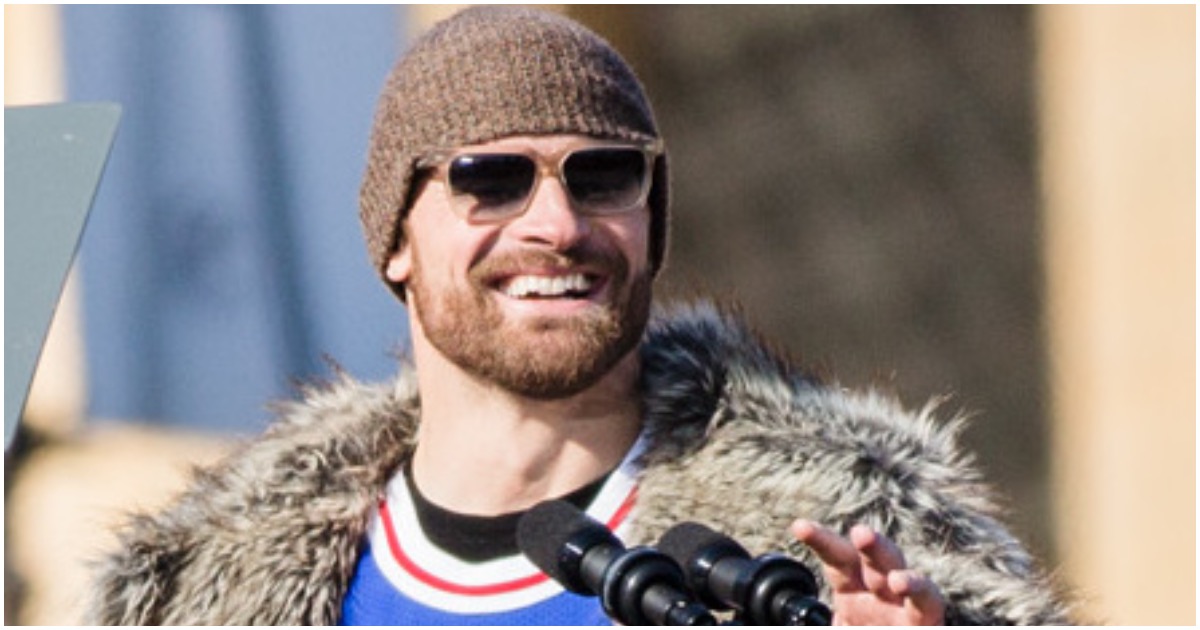 The NFL clearly went with a diversity play for its “Man of the Year.”

Long skipped a 2017 visit to the White House after the New England Patriots, his team at the time, won the Super Bowl.

He also vowed to skip the Eagles’ visit to the White House after their 2018 Super Bowl win, though Trump later disinvited the team.

Long, a native of Charlottesville, Va., has expressed support for NFL players kneeling during the national anthem to protest racial inequality and police brutality.

Clearly, the NFL wanted to give the award to someone who isn’t a fan of Trump.

NFL players and police officers don’t exactly go hand-in-hand. Some of the league’s top athletes constantly find themselves in trouble with law enforcement.

Check out this report about a Detroit Lions linebacker, who socked a cop and gave him a concussion.

Trevor Bates, a linebacker for the Detroit Lions, was arrested Saturday in New York on charges that he failed to pay a taxi fare and then punched a police officer, who suffered a concussion.

Bates, 25, was taken to a police precinct house for refusing to pay the $32 yellow taxi fare from Manhattan to the Hampton Inn in Queens, the prosecutor said.

How is this not front page news? The guy gave a police officer a concussion.

Speaking of disrespecting the anthem, what were a couple reporters caught recently doing?

Did you catch it? You can clearly see at least two reporters typing away on their phones.

In a recent interview, “Harry Potter” actor Daniel Radcliffe, who is British, said he wouldn’t root for 5-time champion Tom Brady in this year’s Super Bowl because of his support for President Trump.