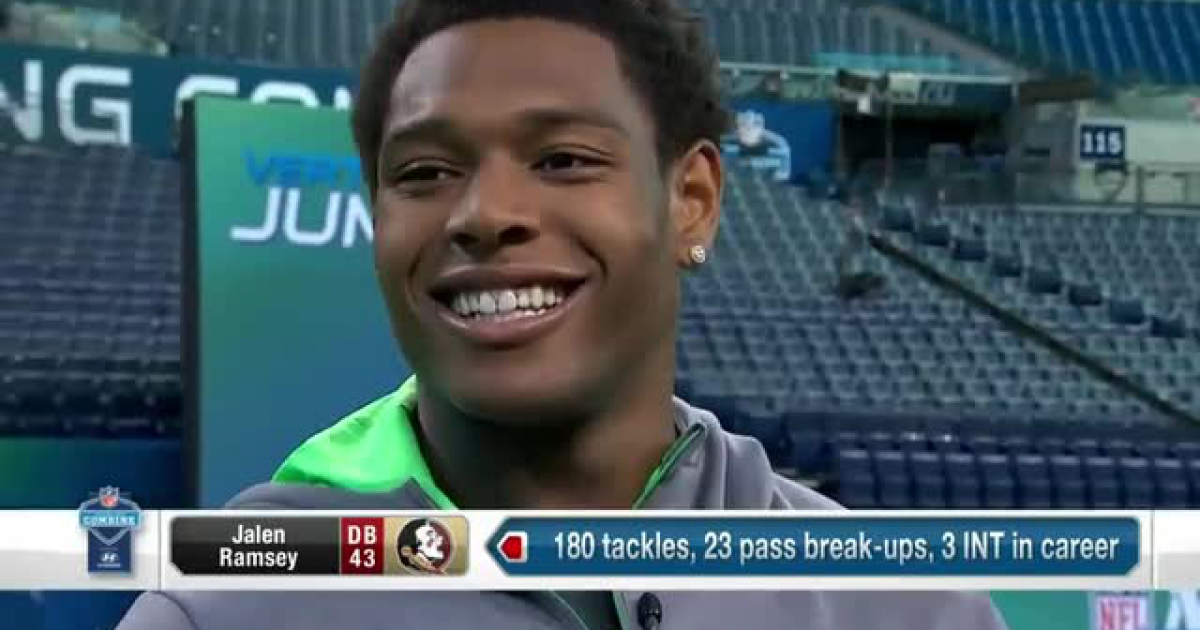 Jacksonville Jaguars player Jalen Ramsey has earned a reputation for being one of the toughest cornerbacks and expert trash-mouths in the National Football League, and his latest antics fall right in line with the character fans have come to know.

Ramsey was suspended on Monday after declaring “war” on the media and was supposed to be laying low as a result. Yeah, that’s really not the guy’s style, so instead of staying out of the limelight, he publishes an interview in GQ magazine that is causing quite a stir.

In the interview, Ramsey engaged in some of his famous trash-talking, but this time got a little more comprehensive by running through a list of all the big name QBs in the league to offer his often brutal and hilarious assessments.

Out of all the comments he made about 25 of the league’s quarterbacks, his ruthless take on the Buffalo Bills’ top pick in the draft, rookie QB Josh Allen, has been the most extensively quoted. Picking the University of Wyoming QB as the seventh pick in the draft was “stupid,” Ramsey told GQ, because “he’s trash.”

“I think Allen is trash,” Ramsey told the magazine. “I don’t care what nobody say. He’s trash. And it’s gonna show too. That’s a stupid draft pick to me. We play them this year, and I’m excited as hell. I hope he’s their starting quarterback. He played at Wyoming. Every time they played a big school — like, they played Iowa State, which is not a big school in my opinion because I went to Florida State, and he threw five interceptions and they lost by a couple touchdowns or something like that. He never beat a big school. If you look at his games against big schools, it was always hella interceptions, hella turnovers. It’s like: Yo, if you’re this good, why couldn’t you do better? He fits that mold. He’s a big, tall quarterback. Big arm, supposedly. I don’t see it, personally.”

Among the other tough takes were his comments on the Baltimore Ravens’ Joe Flacco (“He sucks.”), the Pittsburgh Steelers’ Ben Roethlisberger (“Decent at best.”), and the Atlanta Falcons’ Matt Ryan (“Overrated.”).

This is a guy who really doesn’t pull punches. No wonder, in today’s heavily PC environment, this fellow is not so well liked. He’ll survive though, and the evidence of such is none other than President Trump, another man who speaks his mind and always finds himself on the outs with the snowflakes in popular culture.

It’ll be interesting to see how this guy’s career plays out in the future.