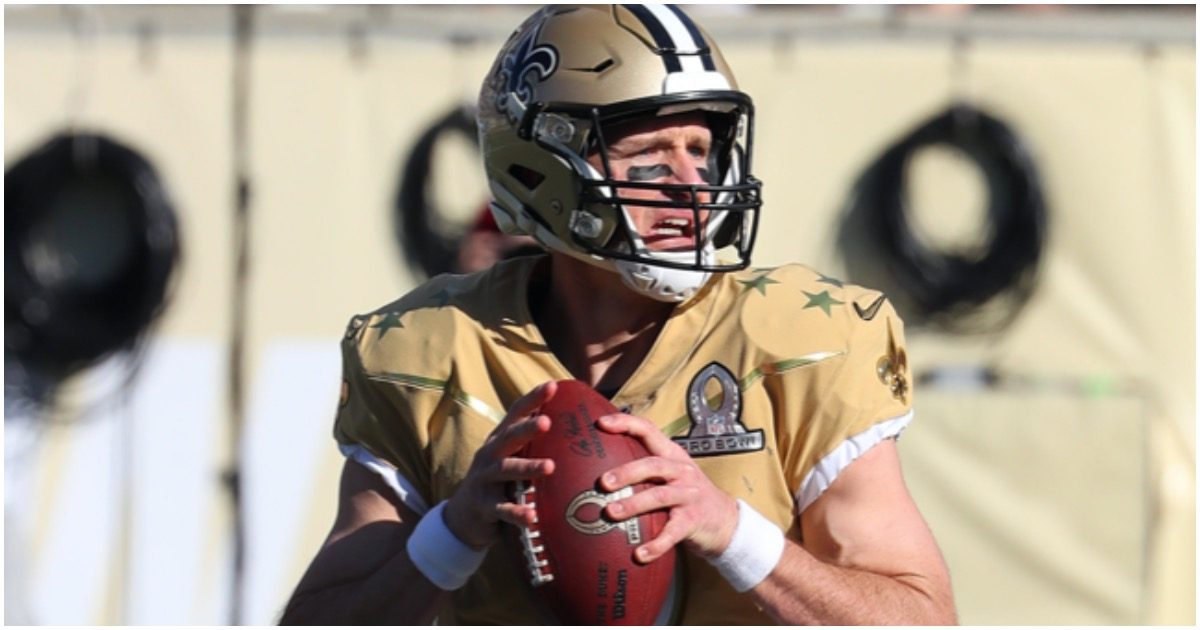 LeBron James and many other athletes went after NFL legend Drew Brees on Wednesday afternoon, all because the star quarterback had the audacity to claim that he doesn’t “agree with anybody disrespecting the flag of the United States of America or our country.”

METAIRIE, La. — After earlier sharing a message of unity on social media, New Orleans Saints quarterback Drew Brees attracted backlash Wednesday when he reiterated his stance on how he will “never agree with anybody disrespecting the flag of the United States of America” during an interview with Yahoo Finance.

They were his first comments in the wake of George Floyd’s killing last week. Brees’ remarks on the flag drew a sharp rebuke on social media across the sports landscape, including from Los Angeles Lakers star LeBron James.

ICYMI: Black Woman Punches Cop In the Face, Then A Black Cop Knocks Her to the Ground

A Terrifying New Bill In Congress Would Eliminate The Possibility Of Turning America Around In 2024, 2028 Or Ever Again
January 26th, 2021 DC Dirty Laundry