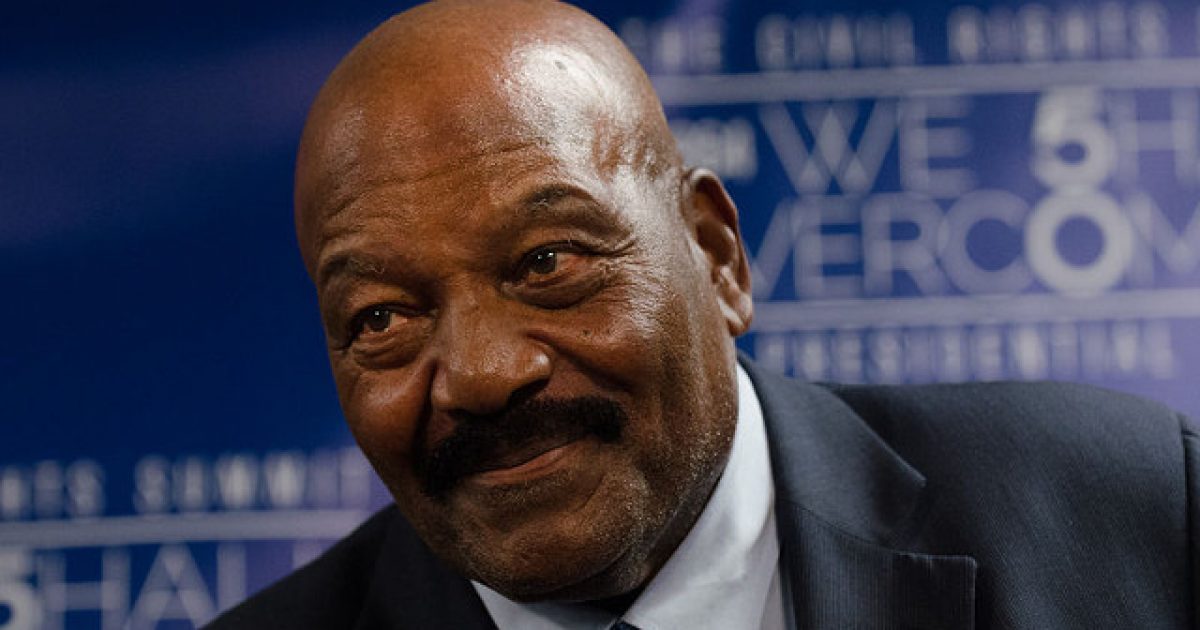 NFL legend Jim Brown just announced that he would be backing President Trump in the 2020 election, stating that his support of the president would him “very unpopular in the black community.”

Brown, who is 6-foot-2 and 230 lbs., dominated the grid iron when he was a running back for the Cleveland Browns back in the 1960s. The man is now 82-years-old and he’s still a force to be reckoned with.

Appearing on “The JT The Brick Show” on Fox Sports Radio this week, Brown said he’s supporting President Donald Trump in 2020. And he doesn’t care what the “black community” thinks.

“I should be criticizing Trump on every level because he does certain things that call for criticism but when I look at television I see all these announcers become experts and they’re pointing the fingers and they’re not doing a doggone thing but pointing their fingers, I find myself really pulling for the president,” Brown said.

“Now, that would make me very unpopular in the black community, very unpopular with a lot of Americans … but I think that there are certain good things that are coming out of this presidency because we’ve never seen anything like it,” Brown said, as reported by TMZ.

Brown said it’s his duty as a good American. “I believe that I have to work on myself first to be as good a person as I could be to back up my country as best as I know how.”

The NFL legend met with the president-elect in 2016 at Trump Tower to ask how he could best help the black community.

Brown couldn’t be more spot on here. It’s refreshing to see someone who has their eyes open and can see right through all of the ridiculous, overblown, melodramatic political posturing being tossed up by a bunch of talking heads who probably have no real business presenting their opinions as facts to the masses of viewers at home.

If only more athletes thought things through the way Brown has, perhaps this whole National Anthem debacle would’ve never been a thing.