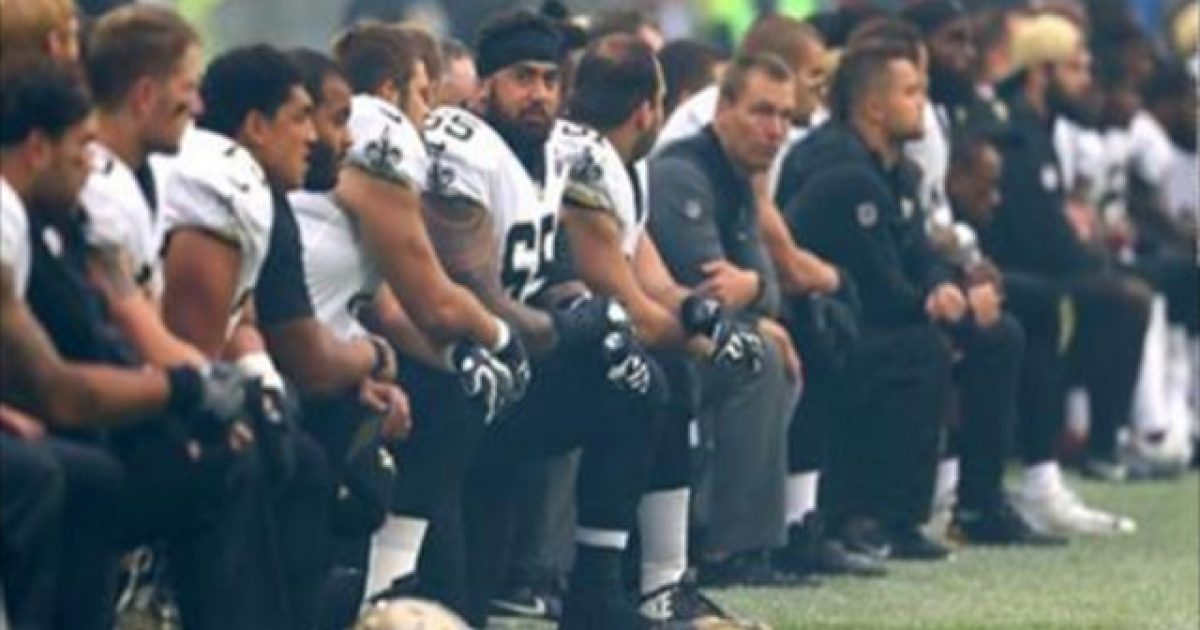 One of the issues President Trump seems to be very passionate about is NFL players not respecting their country, their flag, and the men and women who gave the ultimate sacrifice for freedom by not standing for the National Anthem before games.

Trump has come out on multiple occasions to slam these individuals — who are part of a movement started by failed quarterback Colin Kaepernick — for their lack of love of country, and it seems the pressure he’s put on these folks and the team owners is having quite an effect.

A new report is stating that team owners are super scared of the commander-in-chief.

Here are a few tweets that capture the president’s thoughts on this form of “protest.”

If a player wants the privilege of making millions of dollars in the NFL,or other leagues, he or she should not be allowed to disrespect….

If a player wants the privilege of making millions of dollars in the NFL,or other leagues, he or she should not be allowed to disrespect….

…our Great American Flag (or Country) and should stand for the National Anthem. If not, YOU’RE FIRED. Find something else to do!

…our Great American Flag (or Country) and should stand for the National Anthem. If not, YOU'RE FIRED. Find something else to do!

Earlier this week the NFL banned players from kneeling during the anthem with owners voting unanimously on the measure, though one person did abstain.

Here’s why so many were on board with the idea.

“The answer remains clear, according to a variety of league sources: an intense fear of President Donald Trump,” writes Bleacher Report.

This is a fact. This is the truth. This is the core basis for the NFL’s decision. This has been told to me before, and it was reiterated by several people Wednesday.

“Our league,” one team official said, “is f–king terrified of Trump. We’re scared of him.”

Ratings for the NFL sunk down deep in the dumps last year and along with that went revenue from advertisers, which goes to show the power of people banding together to stand on principle.

While players are banned from kneeling, teams are still allowed to keep players in the locker room until after the anthem if they choose. This move also didn’t sit well with Trump who spoke against it too.

Trump stated later that the ban was a smart move and that this measure came about as the result of the people in this country, not because of him, saying “This country is very smart. We have very smart people.”