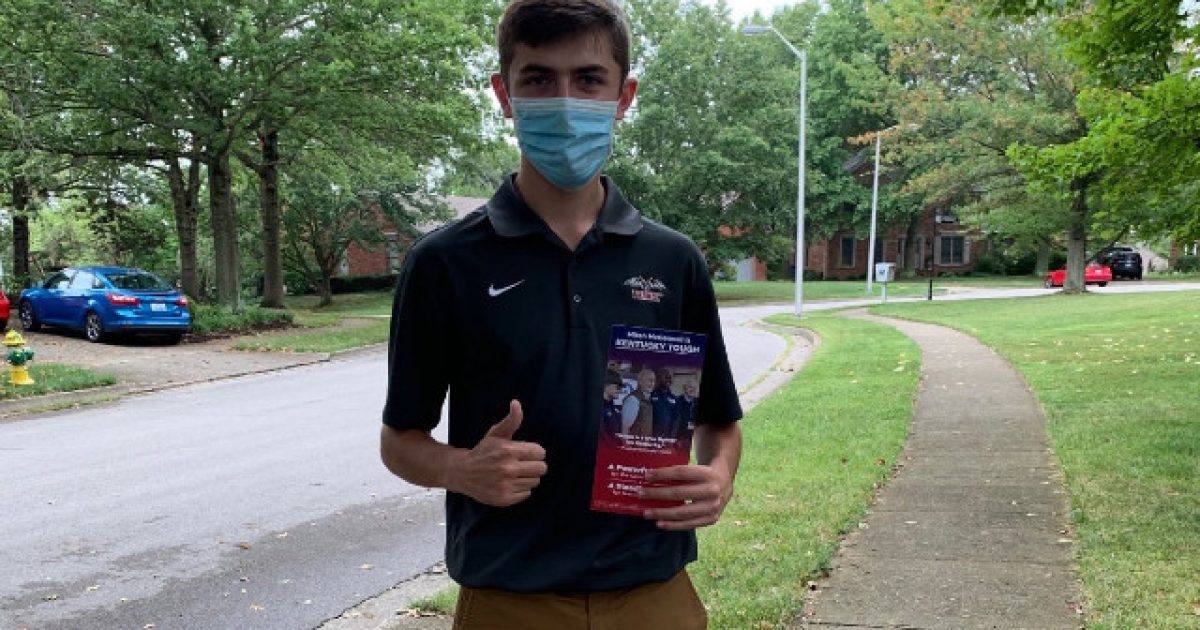 Senate Majority Leader Mitch McConnell has brought former Covington Catholic student Nick Sandmann, the young man who took the media to task for slandering and libeling him over false reports both networks ran, on board his reelection campaign.

Sandmann is proving to be a wild success already at his age, which means there are lots of good things coming his way if he continues to work hard and stand boldly for the values of free speech and liberty that have made this country so awesome.

“Along with our already strong team, his efforts to bring people together all across Kentucky will be critical to Senator McConnell’s victory this November,” the McConnell campaign said in a statement.

Sandmann, the former Covington Catholic student who gained national notoriety last year following a viral interaction with a Native American man at a pro-life rally, has secured a paid grassroots position on McConnell’s campaign, according to the New York Post.

Sandmann will assist the campaign with developing field operations and building coalitions.

Doing this sort of grassroots work is good for Sandmann. It will give him further experience of what it is like to truly run a campaign and to work in politics, getting to know the constituents and what their needs and concerns are.

The information that he will glean will play a huge part in helping the McConnell campaign shape its platform and ensure that they are addressing the things that matter to the people of the state.

CNN’s Chris Cillizza Says References Made By Trump To ‘Riots’ Reveals Desperation, Yet There’s A Building Burning In His Tweet