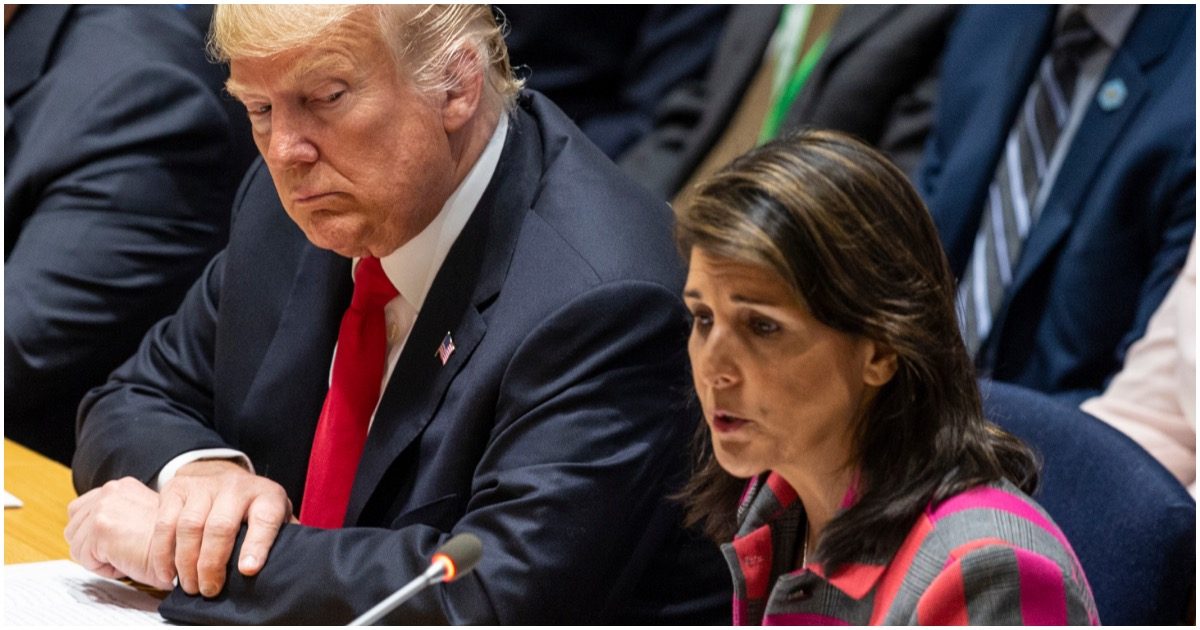 If there’s one thing President Trump appears to value more than anything else, it’s loyalty. Nikki Haley, who worked as UN ambassador at the start of Trump’s term, recently came out and blasted her former boss.

It only makes sense that POTUS wouldn’t want to deal with her – at least not right now.

President Donald Trump turned down his former United Nations Ambassador Nikki Haley after she requested a meeting at Mar-a-Lago in Palm Beach, Florida, according to a report.

Politico’s Playbook reported details of the meeting request, citing a “source familiar” with the incident.