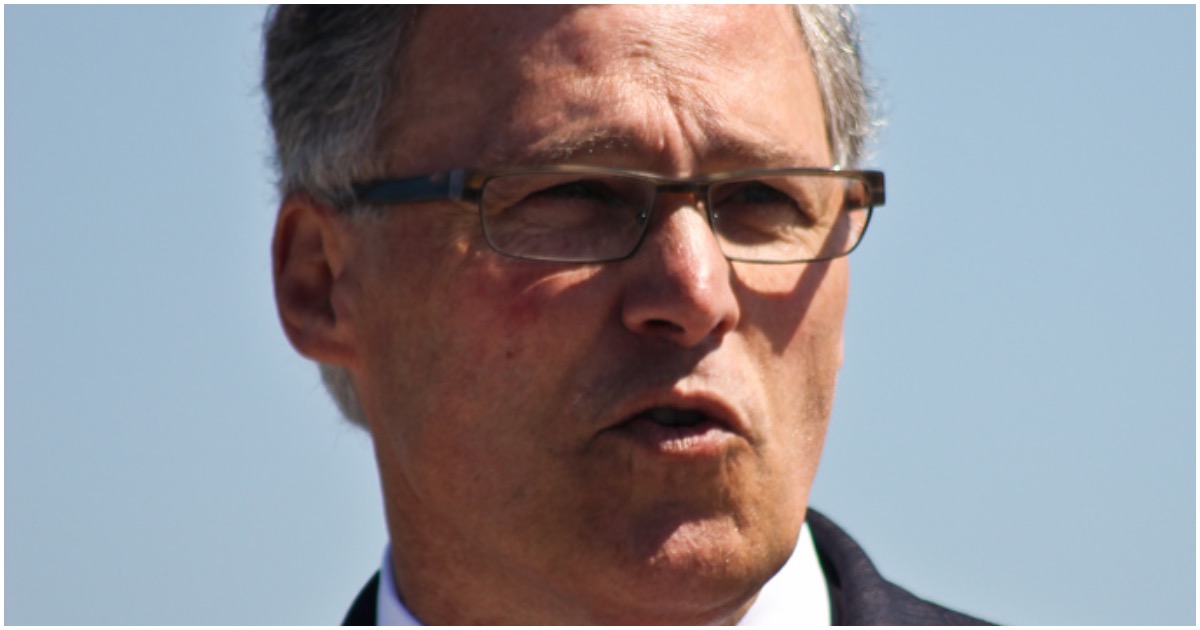 The governor of Washington, Jay Inslee, declared his candidacy for president on March 1.

His chances of earning the Democrat Party nomination are slim to none, on a good day.

Inslee’s biggest problem may be that he’s a straight white male – and he’s so very sorry about that!

Washington governor and 2020 candidate Jay Inslee (D.) said on Sunday he thinks he has humility about being a straight white male, saying he recognizes the advantages he’s received as a result of that identity.

“I think I have a humility about being a straight white male that I have never experienced discrimination like so many do. I’ve never been pulled over as an African-American teenager by an officer driving through a white neighborhood. I’ve never been a woman talked over in a meeting,” Inslee responded.

Will the other Dems running in 2020 come out now and echo Gillibrand’s words?

One-term Arizona Senator Jeff Flake was hypercritical of candidate and President Trump. The two hardly ever saw eye-to-eye publicly, with each man routinely calling out the other.

Flake played around with potentially running for president against Trump in 2020.

He seemed to be pretty serious about it.

NEW — “That won’t be me.” — Jeff Flake closes the door on a 2020 primary challenge to President Trump: pic.twitter.com/LCjsYiaaeB

Shocked that Jeff flake who wouldn’t have come close to winning his home district isn’t going to run for president.

I thought he was a real contender????

WATCH: Ocasio-Cortez Wants People to Be Happy About ‘Being Automated Out of Work’