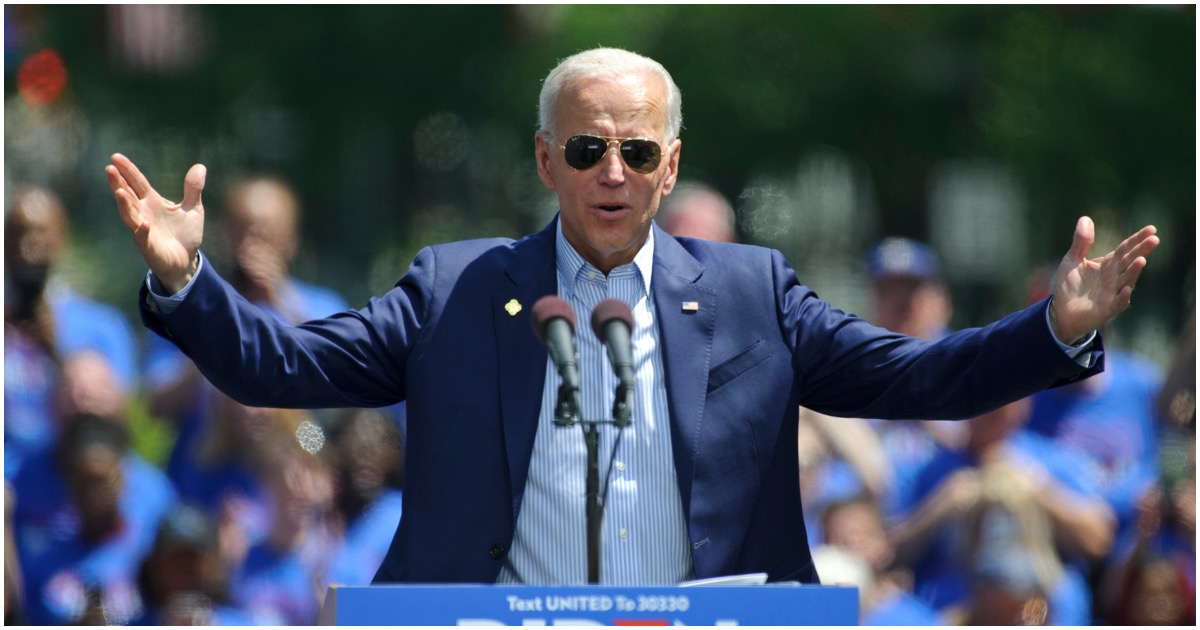 If you can believe it, Joe Biden is still top dog in terms of Democrat presidential polling.

Each contender is more liberal than the next and the American people just aren’t having it.

He added, “Now we face a problem that the economy, as well as the soul of this country, is collapsing because of this presidency.”

Joe then noted, “So, it’s a different problem but with the same basic principle.”

Okay, bud. When we want your opinion we’ll give it to you.

Biden is still number one, but who is sitting in second place.

Here’s a hint: it’s not a proud American patriot.

From the article she tweeted:

LGBTQ+ Americans have historically received unjust treatment by the United States government, but some politicians are now looking to correct past wrongs. On June 20, Massachusetts Senator and Democratic presidential hopeful Elizabeth Warren introduced the Refund Equality Act, a bill that would benefit same-sex couples formerly discriminated against through the U.S. Tax Code due to unequal marriage laws.

If the act passes, LGBTQ+ couples married in states where their union was recognized before gay marriage was legalized nationwide in 2013 could amend their past tax returns to receive IRS refunds. According to NBC News, that’s approximately $57 million in total owed to countless couples who weren’t able to jointly file federal tax returns prior to the Supreme Court’s decision.

WHOA! Bill Maher Just Said An Economic Recession Is ‘Worth It’ If It Means Trump Loses 2020